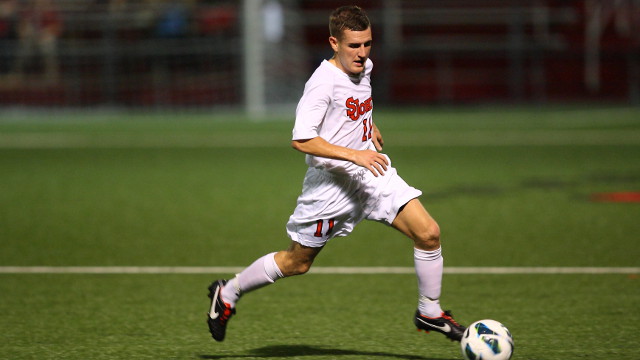 MF Carlos Alvarez, Connecticut: Had a goal and an assist in UCONN’s 5-0 thrashing of Harvard last week. Alvarez will have his hands full with a conference game against St. John's looming.

F Will Bates, Virginia: One of the best-rated forwards in the class, Bates started both of Virginia’s games the last week, scoring a goal in a 2-0 win over Drexel on Tuesday.

GK James Belshaw, Duke: The English ‘keeper grabbed a shutout against Clemson in a 2-0 win, and even scored one of Duke’s goals, coming forward to convert from the penalty spot.

F Ashton Bennett, Coastal Carolina: Came off the bench in a 2-1 win over Elon last week. Did not register any points but had three shots on goal in 50 minutes. 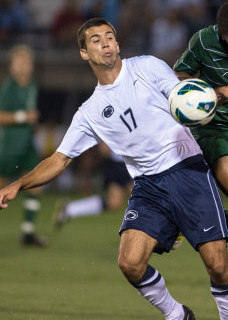 MF Jack Bennett, St. John's: Certainly logged his share of minutes over the weekend. Bennett played every minute of the Red Storm’s pair of draws, 0-0 against Akron and 1-1 against Butler, going 220 minutes in all.

F Julian Cardona, Penn State: Notched his fifth goal of the season last week in a 1-0 win over Albany. Followed that up with an assist against Adelphi. After only scoring four goals last season, Cardona has really made the jump forward this year to lead the Penn State attack.

D Greg Cochrane, Louisville: After starting in a 1-0 loss against Kentucky, Cochrane scored a goal and assisted on another as the Cardinals romped 4-0 over Ohio State on Tuesday night.

MF Machael David, UC Santa Barbara: Scored a goal against Seattle on Sunday in a 6-2 victory for the Gauchos. David has dealt with minor injuries in a couple of games to start the year, but looks to be back in top form heading into the nationally televised clash against UCLA on Friday.

MF Paolo DelPiccolo, Louisville: Started both games in central midfield for the Cardinals as they split two games over the past week.

F Ryan Finley, Notre Dame: Still hasn’t made a start this season, but Finley is playing major minutes for the Irish, and continues to make an impact. He scored a game winning goal on Sunday in a 1-0 win against Michigan.

MF Jose Gomez, Creighton: Scored from 18 yards out in the 2-1 loss to Old Dominion on Friday. “Choco” is a known commodity at this point, so not much will change scouts’ opinions from game to game.

MF Ryan Hollingshead, UCLA: The Bruins have put the focus on keeping possession, which has cut into the attempts for the attack, but he did manage to put one into the back of the net on Sunday in a 1-0 win over LMU.

F Hakan Ilhan, UNC Greensboro: Scored the Spartans lone goal in a draw against Charlotte on Saturday. The production continues to be there for the German, but still appears to be more of a hopeful pick than a sure-thing in MLS due to citizenship and age (25 years old).

D Taylor Kemp, Maryland: Struggled to deal with NC State’s Alex Martinez during the Terps 3-2 in their ACC opener. Martinez took the game to Kemp from the opening whistle, and the left back was caught off guard. He bounced back in the second half with a nice cross to set up the tying-goal.

D Kory Kindle, CSU Bakersfield: Scored a goal against Sacramento State on Friday, yet there should not be any questions about his attack talents. The next level question for Kindle is how he will do against elite level players on the wing.

M Jonathan Mendoza, Stetson: The Hatters did not have any games last week. Mendoza returns to the field this weekend for a clash against FIU.

M Fernando Monge, UCLA: The midfielder from Seattle showed last season that he was an instrumental part of the Bruins defense with his ability to quickly win the back and hold possession. He has returned to that role this season, which favorably showcases his best skills.

D Jimmy Nealis, Georgetown: Remained in the starting lineup as the Hoyas won a pair of games against Ivy League opposition, a 1-0 win against Princeton and 3-1 over Pennsylvania.

MF Leston Paul, South Florida: Provided an assist in the 2-2 draw against Butler on Friday. The Akron game was not so memorable, as the Zips outplayed the Bulls at every position.

MF Andrew Ribeiro, Creighton: The Bluejays utility player continues to draw rave reviews from Creighton fans. Probably the best fit for him at the next level would be some spot in the back four.

F Andy Riemer, Georgetown: The scrappy finished bagged a hat trick against Penn. His climbing goal total is sure to catch the eye of scouts, even if he isn’t the most obvious prospect on the field.

F Devon Sandoval, New Mexico: Continues to prove his worth as a target forward against increasingly more physical defenders. Sandoval had a goal in the 3-1 victory over Dartmouth on Friday and had an assists against UC Irvine on Sunday.

F Blake Smith, New Mexico: Returned to action last weekend with two goals in two games for the Lobos. Smith is going to be on most MLS teams’ draft board due to his pace and knack for beating players off the dribble.

F Donnie Smith, Charlotte: While numbers may not be the most overwhelming (1 goal, 1 assist in 7 games), Smith offers traits that scouts love -- pace, power, and most importantly, a great left foot that would fit in very well on the flank.

MF John Stertzer, Maryland: The midfielder started and scored a goal from the penalty spot in the Terrapins 3-2 win against NC State. A matchup against Old Dominion was called off because of poor weather on Tuesday.

F Chris Thomas, Elon: Nothing to show for his effort against Coastal Carolina last week, but remains one of the top scorers in the national with six goals and two assists.

F Paul Wyatt, James Madison: Started in James Madison’s 2-1 win over Hofstra. Wyatt picked up an assist in the victory.

MF Ian Christianson, Georgetown (Chicago Fire, Senior): The impressive season continued for Christianson, as he demonstrated what makes him so good against Pennsylvania, dominating the midfield and helping his side control the game in a 3-1 win.

MF Dillon Serna, Akron (Colorado Rapids, Freshman): Scored a great goal against South Florida while playing in an advanced attack position. Akron head coach Caleb Porter used Serna at left back for the previous few games, but appears to be warming to the idea that the Rapids product is the key to the Akron attack this season.

D Chad Barson, Akron (Columbus Crew, Senior): Defensively, there is not much to do when Akron holds onto the ball from a vast majority of the game, which was the case on Sunday. 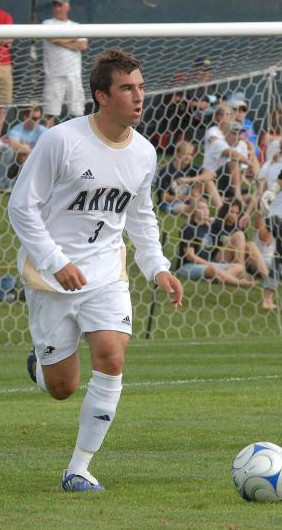 MF Wil Trapp, Akron (Columbus Crew, Sophomore): His name does not always show up in the box score, but Trapp is a crucial part to the success of Akron. He is the hardworking midfielder who can distribute the ball well and allow Scott Caldwell to push up the field.

D Matt Wiet, UCLA (Columbus Crew, Senior): Only one goal let in the last four games, Wiet along with Joe Sofia have kept their cool against some quality opposition.

D Jalen Robinson, Wake Forest (D.C. United, Freshman): The center back helped his young Wake side pick up a clean sheet against defending national champions North Carolina, a 0-0 draw on Friday, before scoring a goal in a 3-1 win over Georgia Southern.

D Mikey Ambrose, Maryland (FC Dallas, Freshman): Ambrose started at right back for the Terps in a 3-2 defeat of NC State, and moved to left back for Tuesday’s game against Old Dominion that became washed out due to a downpour.

F Gyasi Zardes, CSU Bakersfield (LA Galaxy, Junior): Returned to the field last week against Sacramento State and provided a goal and an assist in the opening 30 minutes. Zardes looks ready to take off after sitting out a couple of games due to injury.

D Bryan Gallego, Akron (New York Red Bulls, Sophomore): Gallego’s competitiveness definitely comes out in Akron’s closer affairs. The Red Bulls product has a bite to his game, which should work out well in MLS’ overly physical style of play.

F Sean Okoli, Wake Forest (Seattle Sounders, Sophomore): Started both of Wake’s games over the past week, although he couldn’t find the back of the net.

D DeAndre Yedlin, Akron (Seattle Sounders, Sophomore): The speedy outside back was paired with Serna on the right side of the field on Sunday creating probably the most dynamic twosome in the country.