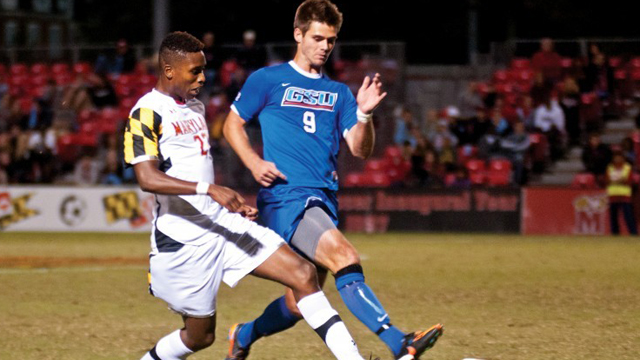 Defenders tend to be the unsung heroes of college soccer, as any successful program knows that postseason runs are built on a strong defense. The lack of attention in the college game may be for the better though, as defenders have enjoyed an easier transition to MLS.

Three of the last five MLS Rookie of the Year awards have been claimed by defenders. Could the next Sean Franklin or Austin Berry be found in this draft class? 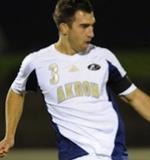 Rundown: Faced with similar questions that he did at Akron -- is he big enough, quick enough, etc -- Barson is a center back who played nearly 100 games for the Zips, winning just about every team award available. He’s likely to join former Akron teammate as a Columbus Crew Home Grown signing, hence the lack of a combine invite.

Rundown: Foster was the heart and soul of Hoftra over the last three years, and he’s a quality, under-the-radar center back with a pair of caveats to watch out for: he would count an international spot, as he’s a native of England, and a bit on the older side, close to his mid-20s. That might see him slide down the draft chart, but he could be someone who works out late in the draft.

Rundown: Franco made his loudest statement for a professional career against UC Santa Barbara this fall. Prior to the game, Franco had shown his ability on the ball, but that game proved he was just as capable as a defender. He will be a solid pickup for whichever team selects the technical outside back.

Rundown: The midfielder eventually converted to an outside back for North Carolina’s title-winning side a year ago. Gafa was one of the most experienced players on a very good defense this year. The question he’s face is whether or not he’s dynamic and athletic enough to end up on a roster somewhere in MLS.

Rundown: An athletic defender who played as a left back for the Nittany Lions this past season, his future at the pro level is likely as an outside back, considering his size and ability. He’s a threat on set pieces, and can get forward to add to the attack from either outside spot.

Rundown: The Jamaican youth international is an interesting prospect for the draft. He had good moments (and some bad) during his two-year stint with South Florida. Prior to that he was enrolled at Tyler Junior College, the soccer powerhouse in Texas. When he is on his game, he is a fluid center back that can shut down even the best attacking talent in college.

Rundown: Injuries hampered the left back throughout his senior season, although he’s certainly a top defensive prospect. Good on the ball, good speed, and good enough defending, Kemp is one of the top defenders in this group, provided he can stay healthy and leave the injury problems of 2012 behind him.

Rundown: Kory Kindle has the speed, skill, and tactical understanding to play the game at the professional level. The main concern is his ability to defend in 1v1 situations, which will improve in the right environment. Kindle’s draft stock could heavily depend on his performance at the MLS Combine. If he shows the ability to shut down attacking players at the event, he could be looking at a first round grade.

Rundown: A championship-winning center back, Konstanski played a huge role in the Hoosiers’ national title run. And while he is a good defender at the college level, he’ll need to catch a break or two in order to get his chance at the pro level after not getting a combine invite. Indiana is no stranger to producing pros, however, and while he’s not as athletic or quick as other defenders, he might end up surprising observers.

Rundown: One of the best center backs available in the draft, Muller had the chance to impress scouts late in the season with the team’s run to the championship. He’s slightly undersized, and battled through some back problems this season, but he should be a successful MLS player provided he can stay healthy.

Rundown: Playing mostly as a left back during his four year career with the Hoyas, Nealis was another player who capitalized on his side’s deep run in the postseason. Left sided players are always coveted at almost every level, and there’s every chance a player of Nealis’ caliber could be snapped up in the first two rounds of the draft.

Rundown: An athletic center back, Opare was a part of the Michigan side that made a run to the College Cup back in 2010. The dual national (Canada, United States), has appearances for both youth teams, and leaves school with the 13th most ever with the program, including fifth overall in minutes played (6,411).

Rundown: The tall center back from Irvine fell off the radar this season after garnering first team All Big West honors in his junior campaign. His foot speed and ability to mark off the ball are the major concerns at the next level, but his size and strength could make him an interesting option from the non-combine invite list.

Rundown: It’s hard to know why MLS isn’t giving Remick a look, as a decent left back with good size and speed. He notched seven assists in 2012, an integral part of Brown’s attack, and this after training abroad this summer with a club in Europe. At the very least, there are some interesting traits that Remick had which could transfer to the pro level.

Rundown: Ribeiro’s profile list him as a midfielder/forward, and yet he played most of this season at center back. The Bluejay captain did it all for his program this year, and helped lead his squad to back-to-back College Cup appearances. At the next level, there are questions about just what role he could play, so the combine should provide coaches with the chance to see him fill in all over the field against elite competition.

Rundown: A bit slight for the center back, Schoenle is still a promising prospect despite a poor senior season for West Virginia as a team. Bulking up is probably the biggest doubt Schoenle has to answer, as his 150-pound frame might not be able to cope with the physical grind of MLS.

Rundown: In a class that is not strong at center back, Tucker-Gangnes may quickly emerge as a top target at the combine. The two year captain for the Huskies is composed and strong in the air. He knows how to get on the end of set pieces, as his seven goals in 2012 revealed.

Rundown: The U.S. Residency Program product only started nine games in his senior season, which is fairly reflective of how his five college years went with battling injuries while playing for the Demon Deacons. Wenzel had moments during his years in the ACC where he showed the attributes that earned him a spot on the U.S. U17 Men’s National Team. If he can hit that level again at the combine, he could be a late riser on draft boards.

Rundown: The second-team All Pac-12 selection is supposed to ink a Homegrown deal with the Columbus Crew, which explains his absence from the combine. Wiet’s greatest attributes are his left foot and his intelligence. He is a smart player who reads the game well, and could possibly find a home at outside back at the next level.

Rundown: Woodberry isn’t likely to ever hit the draft board, as he’s reportedly already been offered a Home Grown contract by FC Dallas. An athletic player who is decent on the ball, his future in MLS is probably as a right back, where he played at Maryland at the start of his collegiate career.