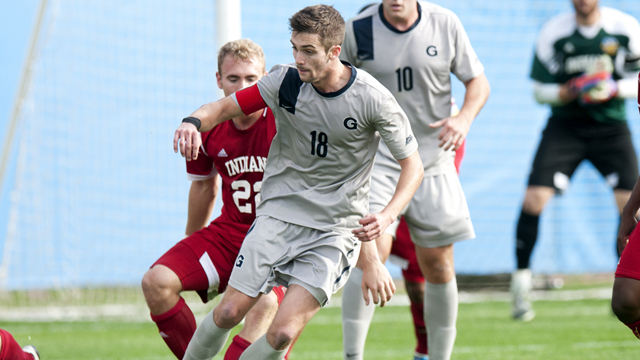 Richey had 12 saves in two games on his way to 163 minutes of shutout soccer. The lone goal Washington conceded came after Richey was subbed out with a comfortable 4-0 lead over Santa Clara. The Huskies senior came up with some acrobatic stops in those two games, which only helped his case as the best senior goalkeeper this season. 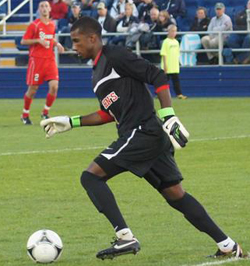 Venter played 82 minutes in a 7-2 victory over Villanova for the Lobos last week. The center back was on the field for one of the goals from the Wildcats, which came off a header. Venter’s true test will be this weekend when he goes up against the Georgetown attack.

Quinn notched the game-winner for Akron last week in a 2-0 victory over College of Charleston. With fewer weapons around him (compared to last season), there is a greater dependence on Quinn to provide in the attack and he did that in the opening clash. The Zips style has not changed so they will continue to dominate the game. The final touch in front of the net is where Quinn could make the biggest difference.

Campion had a goal and an assist for the Gauchos in the opening day win over Northwestern. UC Santa Barbara returns home this week for a game against Gonzaga, which has shown it will be tough to break down defensively this season. Campion’s physical play should allow him to break free against the Zags though.

This week, it is an opportunity to highlight four new seniors who are on the radar for the 2014 MLS SuperDraft.

There are those who love Diaz and those who don’t. A polarizing goalkeeper who has a lengthy resume that includes 54 starts during his time with the Red Storm; Diaz is one that many teams are watching this season.

So far this season, the keeper has come up with seven saves in two games. It is likely he will be called on much more frequently this weekend with games against Akron and Penn State on the schedule.

Two reasons to highlight the left back from the Huskies. First, Ray Reid’s program will be tested this week with games against Boston University and Washington. Second, there is a general lack of quality left backs in MLS, which makes Mercado a hot commodity.

After playing every minute for the Huskies in 2011, the Mt. San Antonio College transfer sat a few games last season. He played every minute in the opener for the Huskies this fall and will likely be in line for a majority of minutes as the veteran of the UConn defense.

The Chanticleers did not exactly cover themselves in glory during the midweek clash against North Carolina. The Tar Heels rolled to a 4-0 win and Coastal looked like they wanted off the field as soon as possible during the second half.

Ribeiro and his midfield cohorts will need to be much sharper for all 90 minutes this weekend with a game against Charlotte, which completes the challenging three-game stretch to start the season for Coastal Carolina.

The striker from the Hoyas will get his moment in the sun on Sunday when he takes on Kyle Venter and the New Mexico defense. Neumann had two goals in Georgetown’s last contest against Stanford, but both of the goals came due to the inexperience of the Cardinal backline. Against a veteran like Venter, Neumann will need to show his quality on the ball to generate chances for forward partner Brandon Allen as well as himself.