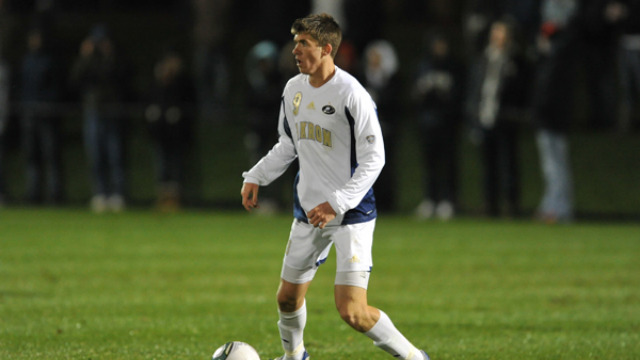 College season is another way of saying fast food meals and long road trips for the few MLS scouts across the country. The trek from game to game can be a drain, but finding the next Graham Zusi or Matt Hedges makes it all worth while.

Friday is the opening day for Division I men’s play with nearly every program getting in on the action. TopDrawerSoccer.com is going to take a look at some of the top prospects each week that are eligible for the draft and discuss their strengths and weaknesses. 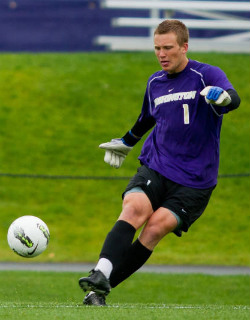 Important note: players that have the MLS Homegrown tag will be discussed in a different series throughout the season.

The four-year starter at Washington is closing in on the end of the road in college, which means MLS scouts are starting to pay attention to his qualities. Standing at six-foot-two, Richey will not be the tallest keeper to come out of this senior class, but he could be the most polished. The Washington native has good footwork and a cunning ability to cut off a shooter’s angle. Richey and the Huskies open the season against Gonzaga, which is not the most threatening of attacks. But it should be a nice warmup to games against Connecticut and Brown in the coming weeks.

Venter is an MLS SuperDraft first round talent. The questions that MLS scouts will ask of him this season relate to his foot speed and ability to mark quick strikers in space. An opening weekend tilt against Villanova will provide a brief glimpse into how he handles dynamic attacking players. Comparably, Venter is similar to FC Dallas’ George John – strong in the air, smart with position off the ball, and physical in the challenge.

Quickly in Quinn’s collegiate career, he realized he was better than his competition. The tall midfielder transferred from Bradley to Akron after his freshman season. Two years with Caleb Porter, the sculptor of MLS players, has put Quinn in a prime position to hear his name called at the 2014 MLS SuperDraft. The San Diego native will be a major piece of the Zips’ success this season with his ability to break down the defense on the ball. Attacking midfielders have had a difficult time transitioning to professional soccer in the past, but Quinn is versatile enough to move into another role in the future.

UCSB head coach Tim Vom Steeg believes Campion could challenge Rob Friend’s program record for goals in a season of 20 during his final collegiate campaign. The target would seem more realistic if Ema Boateng was still around and providing the service for the Frenchman, but it’s still a possibility given the quality Campion has showed in the preseason. He has a great first touch and a physical presence to keep defenders at his back. Campion is the real deal, as long as he stays fit, which will be the key for the Gauchos. The Big West favorites open the season against Northwestern, which will be a big test for Campion and the rest of the attack.