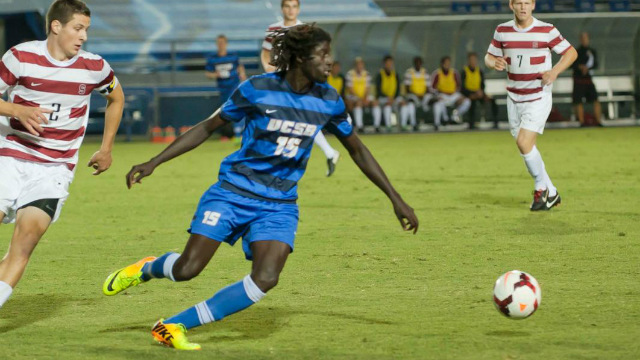 The third professional soccer league in the United States is slated to kick off its spring season this weekend, as the North American Soccer League gets rolling.

There are new arrivals in different corners of the country, and new teams in the fold, as Rayo OKC begins its inaugural campaign.

While most NASL rosters are full of veteran journeymen, a few youngsters fresh out of college or academy players are worth keeping an eye on in 2016. Below is a look at some of the younger players to know. M Jeremy Kelly, Carolina Railhawks: One of the best prospects in the Railhawks Academy, Kelly is a North Carolina recruit slated to get some exposure with the NASL side before joining the ACC program this fall. The attacking midfielder is good one the dribble and can pick a pass in the final third. It would be surprising to see him feature heavily during the spring season, though the experience will surely be invaluable before he plays college soccer.

GK Nathan Ingham, FC Edmonton: Hailing from underrated Florida Gulf Coast(m), Ingham likely figures as the backup goalkeeper for the Eddies. Ingham played more than 6,000 minutes for FCGU from 2011-15 before signing a deal with the NASL side. He played a starring role last summer for K-W United en route to winning the USL PDL crown.

F Ismaila Jome, Minnesota United FC: A late addition in the offseason, Jome left UC Santa Barbara early to sign with Minnesota. Perhaps with one eye on making the jump to MLS with United in 2017, Jome is a left-sided player who can line up front, in the midfield and even at the back.

F Calvin Rezende and Conner Rezende, Miami FC: Twin brothers and midfielders who just finished their careers at Saint Francis (PA)(m), the Rezende brothers are back home to take part in Miami FC’s inaugural season. The pair played two seasons at St. Francis after starting their college careers at Virginia in 2011. Cracking an experienced lineup in Miami will be tricky for the Floriad natives who begin their professional journey close to home.

D Alexis Velela, NY Cosmos: Ahead of his involvement with the U.S. U17s at last summer’s World Cup, Velela joined the Cosmos in August. He’s yet to make a first team appearance for the club, as the World Cup kept him abroad for the bulk of the fall season. Capable of playing along the back line as a right back, Velela also has potential to line up centrally in the midfield.

F Derek Gebhard, Jacksonville Armada: Another former Florida Gulf Coast product, Gebhard signed with the Armada after playing just one season of college soccer in 2014. A big season lies ahead for the 20-year-old forward, as he looks to make a significant impact on the Armada attack after playing only five games and logging 80 minutes after signing last June.

D Hugo Rhoads, Rayo OKC: It’s hard to know what to expect from Rayo OKC, other than it resembles a hastily assembled roster of MLS has-beens and NASL journeymen. Given the plethora of familiar faces on the team, there’s a distinct lack of young and inexperienced players. Rhoads fits the bill, as he joined after four solid years at Portland that included scoring one of the goals of the season in 2014. Minutes could be hard to come by for the 21-year-old Oregon native as he makes the jump to the professional ranks.

M Eric Calvillo, NY Cosmos: In January, Calvillo became the third player from the 2015 U.S. U17 World Cup squad to sign with the Cosmos, behind Velela and Haji Wright. The 18-year-old central midfielder can also slot in as an outside back, though he faces an uphill battle for minutes this season, and could end up playing some NPSL minutes with the Cosmos B team.

M Luis Felipe Fernandes, Ft. Lauderdale Strikers: In terms of forgotten former U.S. youth national team players, former U20 vet Fernandes could be near the top of the list. A defensive midfielder born in New York, he’s played at Brazilian side Cruzeiro since 2008 and will look to make a quick impression this season in a new league.

Image credit: This is Cosmos Country