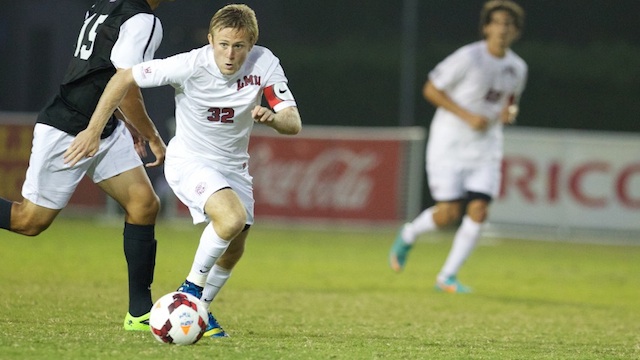 Stability visits the NEC this year, as all eight members from last year are back again to duke it out again after a wild 2013 season. Central Connecticut completed a somewhat surprising regular season by winning six games and the regular season for the third time in coach Shaun Green’s 29 years at the rudder. But that was only prelude for the real show in the conference tournament. St. Francis Brooklyn upset Central Connecticut on their home field 2-0 and then came from behind twice to beat Bryant 3-2 in the finals.

Attention ultimately turns to what St. Francis can do for an encore. The Brooklyn side returns former NEC rookie of the year Kevin Correa up top as well as Swedish assist maestro John Johansson in the middle. After 12 wins last season St. Francis has two forks ahead now: one to the regular season title and a No. 1 seed in the tourney, and the other to a sub-12 win season. In a tight league like this with no true easy outs, either is possible.

Central Connecticut should be competitive for another title with players like breakout defender Conor Qualter in the mix. The England native will have to ostensibly replace graduated Jose Gamboa, but he has the ability to take over. Saint Francis (PA) defender Francis de Vries was in a similar position as a freshman last year, and some have even mentioned him as a darkhorse Generation adidas pick come the end of the season. Saint Francis may take a step back without Nick Kolarac and Daniel Valcicak, the conference’s top keeper last year, but it should be in with Central Connecticut, vying for the top seed.

Robert Morris returns player of the year Neco Brett, whose junior season should be a fine encore for a huge 2013. Surrounded by Devon Williams and Bruce Cullen, Robert Morris has the nucleus for a vastly improved side this season. Bryant didn’t land anyone on the postseason league awards roll, but the team’s stirring run to the finals of the conference tournament should give them confidence for another plus-.500 season in the league. LIU Brooklyn ended the season 0-3-1, and two of those losses were by just a goal. Meanwhile, Sacred Heart closed the season with a 2-0 win over Fairleigh Dickinson, which proves this league could go in a million directions this season.

The WCC went from seven to eight in the offseason with the addition of Pacific. The Tigers are re-starting their program after 28 years, and the team is made up of mostly true freshmen and no seniors. It’s hard to imagine Pacific challenging for a winning record, but modest gains in year one of coach Ryan Jorden’s longterm project will be welcome news. On a team with 15 true freshmen, anything’s possible.

Elsewhere, Loyola Marymount should be a force to be reckoned with again this year. Santa Clara and Gonzaga were both decimated by key graduations, and Loyola Marymount brings back the core of the group that won nine conference games last season and nearly knocked off Stanford in the first round of the NCAA tournament. With the nucleus of Craig Nitti, Paul Blanchette, Adrien Perez and Juan De Rada back for another go, the conference is  essentially the Lions’ to lose.

That doesn’t mean there isn’t quality elsewhere. Gonzaga and Santa Clara both have talent, but the Zags lost the conference player and defender of the year in one offseason. Santa Clara, meanwhile, said goodbye to all-conference players Carlos Montes, Mark Daus and Harrison Hanley. Both teams should be good but will need some recharging in 2014. That could open the floodgates for the likes of Portland, which struggled with its youth at times last year. With another year under sophomores Matthew Coffey and Eddie Sanchez, the 2013 league freshman of the year, Portland will expect to improve on its four conference wins from last season.

St. Mary’s, San Francisco and San Diego were competitive in spurts last year but too inconsistent to make a bigger dent in the league’s postseason picture. San Francisco has a new head coach in the mix in Eddie Soto, who was named to the post in January. He’ll bring in a recruiting class that features Hawaiian phenom K.J. Ahlo, one of the most hyped high school players in the nation last year. St. Mary’s was competitive in the league until the end, and San Diego’s 3-1 win over Gonzaga with a few weeks left in the season proved this league has top-to-bottom depth. The question is whether or not it can chip enough away from Loyola Marymount to open the door to the dance for someone else.