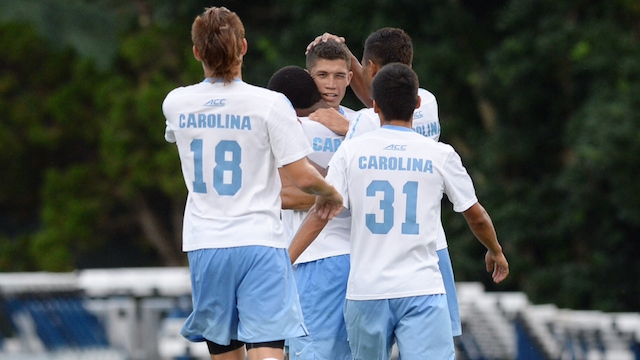 The first day of the 2016 men’s Division I soccer season is next Friday. With a considerable amount of shake-up among the personnel from the top teams from last season, there has been quite a bit of movement from December.

ACC preseason favorites North Carolina move into the top spot in the TopDrawerSoccer Preseason Top 25. The Tar Heels return the majority of last season’s squad and bring in the top ranked recruiting class for 2016.

Maryland checks in at No. 2. The Terps have a talented sophomore class that includes top transfer Gordon Wild as well as returners Sebastian Elney, Jorge Calix, and Daniel Reeves. Sasho Cirovski’s side looks like it should challenge for the national championship this season.

Akron returns star midfielder Adam Najem for this senior season along with a great recruiting class, which has Jared Embick’s side sitting at No. 3 in the preseason rankings. Zips will be counting on the freshman class to make an immediate impact for the team this fall. Akron opens up the season against No. 7 Georgetown.

Defending national champions Stanford check in at No. 4. The Cardinal lost Brandon Vincent and Jordan Morris, but Corey Baird, Tomas Hilliard-Arce, and Andrew Epstein are back and ready to defend the title.

After advancing to the College Cup for the first time in program history, Syracuse checks in at No. 5 in the TopDrawerSoccer Preseason Poll. The Orange return a talented group including U.S. U20 Men’s National Team defender Miles Robinson.