CORVALLIS, Ore. — Oregon State head women's soccer coach, Linus Rhode announced Thursday the signing of four high school student-athletes to letters of intent to continue their academic and soccer careers at Oregon State.   Joining the program following their senior year of prep are Kaillen Fried, Mylène Gorzynski, Shea O'Connor and McKenzie Weinert.   "Overall, I think we are bringing in a very talented group of players from our State of Oregon," said head coach Linus Rhode. "These student-athletes have the grit and passion that is at the core of Oregon State Athletics." Kaillen Fried – Sherwood, Oregon Forward | Sherwood HS | FC Portland ECNL

Gorzynski is a three-time first-team Mid-Willamette conference honoree and two-time first-team member of the Oregon all-state team. Following her sophomore year, she was named the Player of the Year in the Mid-Willamette Conference. She will be attending the OSU's Honors College Pre-Med planning to major in Biophysics and Biochemical.   "We are very excited to have Mylène be a part of our program," said Rhode. "It is always nice to have a Corvallis player join our team.  She will bring great athleticism to our program and the ability to play in many different positions." 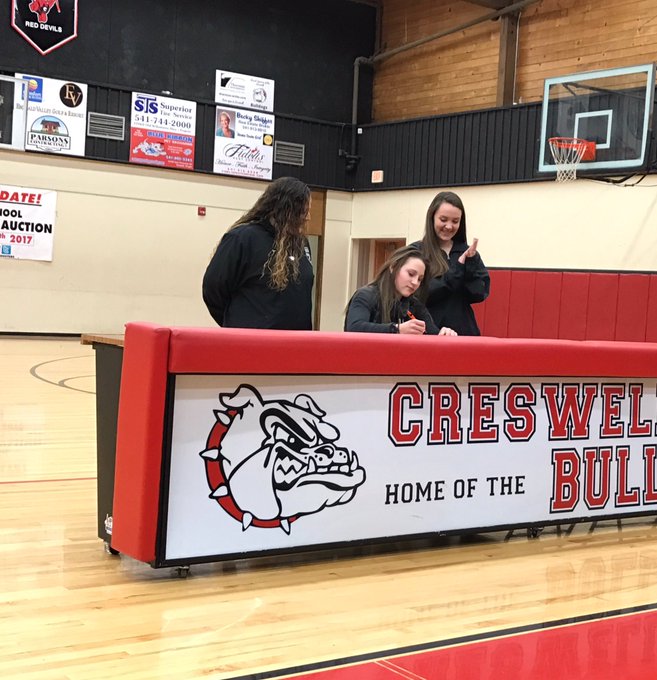 O'Connor is a four-year letterwinner at Creswell High School and finished her prep career with a record 117 goals, while leading her team to a 3A Conference Championship every year. During her first three years at Creswell, she earned second team all-state honors, including a second team all-conference honor her first year. She also was named all-conference her sophomore and junior seasons leading up to a first-team all-state title and league MVP as a senior. Off the field, she was part of the National Honor Society for four years.   During her club season, she helped lead ETFC Roma 97 to a State Cup Championship in 2015, before returning to the final in 2016 under head coach Emanuel Martins.   "Shea is a very creative player who as a lot of flair in her game," said Rhode.  "I am excited to see her join our group of midfielders and strikers as I think she will bring a lot of attacking spark to the group."

Officially a beav!!! So excited

Weinert comes to Corvallis after being the leading scorer on her prep team the last two seasons, while also excelling in the classroom earning academic honors throughout her prep career.   During her time with the Crossfire United team, she helped the club to a NPL National Championship in 2014.   "Mckenzie is an outside forward with tremendous speed, dribbling and finishing ability," said Rhode. "I anticipate her being a big threat to opponents from the wide position and centrally."

For more information on the Oregon State women's soccer team, follow the team on Twitter and Instagram at @BeaverWSoccer or its Facebook page at BeaverWSoccer   OREGON STATE ATHLETICS' EVERYDAY CHAMPIONS CULTURE Through the power of sport, we help people discover and pursue their passions, talents and purpose in order to live a life of balance and positive contribution.