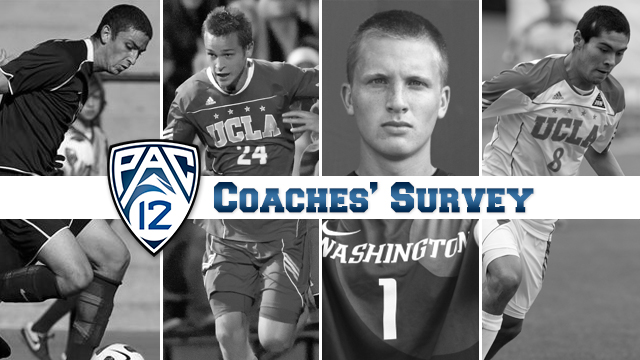 Beyond a preseason poll, there is not much opportunity for college coaches’ to talk about opposing players in their conferences.

As part of a new installment on TopDrawerSoccer.com, college coaches will have the chance to highlight the top players in their conferences among other topics in a series called Coaches’ Survey. 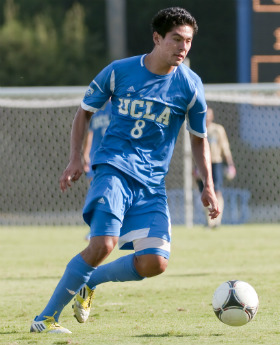 The original edition comes for the Pac-12 with the hope of hitting up every major conference during the spring season.

It has been over a decade since the last time the Pac-12 won the NCAA Championship (UCLA in 2002). The drought has caused some to second guess the stature of the illustrious West Coast league, but MLS staffs look right past the lack of postseason glory and continue to snatch up players from the six-team conference at a resounding rate.

UCLA has been the class of the league for a long time, as the Bruins are the only program to win the major hardware and the most recent to make College Cup (2011).

Based on the feedback from the coaches in the conference, the Bruins are expected to take the league crown again in 2013 with the Bruins getting votes from five of six coaches. Washington received the other vote.

However, some coaches think this might be the year for a new challenger.

“Hard not to vote for UCLA, but I think San Diego State have a senior laden team that was on the verge of winning a lot of games this season,” one Pac-12 head coach told TopDrawerSoccer.com. “I also think that Cal has too much talent not to make some noise.”

When asked which is the toughest road game, the coaches swayed slightly toward UCLA, but also said San Diego State and Washington were difficult places to play due to the “field conditions.”

As for the players, the coaches were asked to identify the hardest to defend, the best player, and the best professional prospect in the conference.

UCLA’s Victor Chavez picked up two votes for the best player in the conference.

“Victor Chavez should be the marquee player in the conference next year,” one coach told TopDrawerSoccer.com. “He’s been up and down, but I think they are going to rely on him a lot next season and I think he will deliver with a lot of goals.”

Fellow Bruin Reed Williams was also a popular pick with the top returning goal scorer collecting votes in both the best player and most difficult to mark categories.

“There are some very good players in this conference, but for hardest to mark and best player . . . you have to go with the top returning scorer,” one head coach explained.

“I love that his first thought is to put the defender on his heels,” one coach said about Wise.

Stanford left-winger Aaron Kovar was the run-away favorite for best future professional. The Seattle Sounders Academy product had three goals and two assists in his freshman campaign with the Cardinal.

Washington goalkeeper Spencer Richey also received a couple of votes (along with a vote for best player in the conference) for best future professional. Richey will be a senior in the fall. He has a 0.76 goals against average for his collegiate career with 48 starts.

“[Birnbaum] is a great defender whose past two season have been hindered by injury. He will likely be the best defender in the conference.”

Check back in the coming weeks for the results of the survey for other conferences across the country.