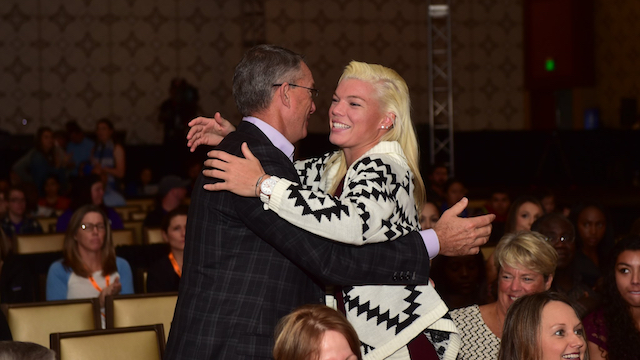 LOS ANGELES - The 2017 NWSL College Draft was held on Thursday at teh Diamond Ballroom at the JW Marriott in downtown Los Angeles. As the league enters its fifth season, the 10 franchises engaged in a four-round draft to replenish the talent in the league for the upcoming season.

Wisconsin star midfielder Rose Lavelle went with the first pick to the Boston Breakers. She was the first of four picks in the first round for the Breakers. The North Carolina Courage selected BYU forward Ashley Hatch with the second overall pick. Breakers made their second selection of the day with the third overall pick with Morgan Andrews. The midfielder started the run of players from the Conference of Champions.