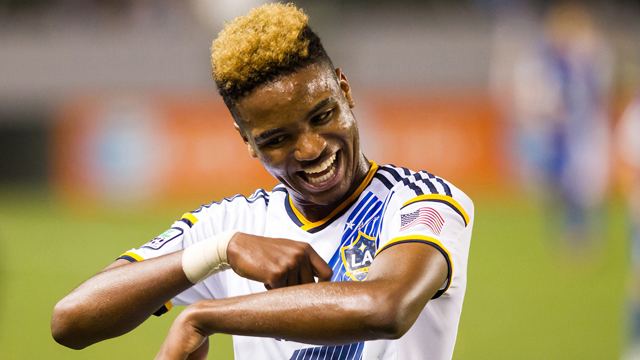 Mike Jacobs accepted a position with USL in October, which came as a slight surprise after his success with Evansville. Jacobs' new duties were just too difficult to pass up. With the U.S. game shifting and offering more opportunities for young players at lower levels, the USL is in a position to be at the forefront of welcoming in the next generation of players. Jacobs, the USL Vice President, Developmental Properties, engaged in an email question and answer with TopDrawerSoccer about his new job, the movement of college soccer coaches, and what's in store for USL in 2015.

TopDrawerSoccer (TDS): Why did you decide to leave college soccer for this opportunity with USL Pro?

Mike Jacobs (MJ): I have always aspired to be involved in professional soccer, and when the opportunity to join the USL was provided, it was simply an offer I just couldn't refuse. This is an exciting time for the USL and MLS to grow the game in our country, and I wanted to be a part of it.

TDS: Jay Vidovich made a big splash with his exit from Wake Forest to join Timbers 2. Do you believe that is the sign of things to come with college coaches transitioning to the professional game that focuses on a younger age?

Jacobs: The role of college soccer is not to develop professional soccer players, although a number of tremendous coaches over the years have been able to create a unique student-athlete experience while also providing their players a college education. Jay has been the gold standard of doing so over the years, and I always found coaching against his Wake Forest teams while as an assistant at Duke a challenge due to the high standard his teams played at. Along with Jay and I, there are other former college coaches involved in USL PRO - Carson Porter (head coach for Wilmington/former Wake Forest assistant), Michael Dellarusso (head coach for Arizona/former Maryland assistant) and Mike Jeffries (head coach for Charlotte/former Duke assistant) have all moved on to coaching in USL PRO. The USL mantra of #Path2Pro is proving not only for players, but for top coaches as well.

TDS: With MLS clubs investing in USL Pro, is the league setting any incentive for those clubs to play youth players with their second teams?

Jacobs: For the MLS clubs that operate franchises in USL PRO, there are now opportunities for the top players in their academies to get first-team professional playing experience for perhaps the first time in our country. This is not independent to just the MLS-operated clubs in USL PRO, as clubs like the Richmond Kickers have also been successful for years at developing top players from their youth academies. Most top professional clubs around the world see the 18-22 year old age group as the most critical in player development - the bridge between the youth academy and the first team - and that's what USL PRO has provided for MLS clubs and their top youth players. The reality is that 99% of the players in this pool still belong in the college game, but there is now an opportunity for top players with professional aspirations that enables us to catch up with the rest of the world.

TDS: In the past, MLS clubs had a affiliates with USL teams in other parts of the country. Do you believe the close proximity of most USL teams to MLS partners now will help more players make the jump to MLS?

Jacobs: With the expansion of clubs in both MLS and USL PRO, there are more professional playing opportunities in our country than every before. Where this may seem foreign to some, this has been happening for years here in the US in baseball - with their sport's top young players having the option to jump into the professional playing pyramid straight away, or to go on to play in college for more seasoning. It's an exciting time for young players in our country.

TDS: As someone with experience in the college game, what would you say are the benefits for young players in taking the USL-PRO route compared to heading to college?

Jacobs: Having worked in both settings, I still remain an advocate of the college game, and believe in it as a genuine route of development. As I mentioned earlier, the reality is that 99% of the players in this pool still truly belong in the college game - the USL demonstrates our continued commitment and interest in current college players via PDL and Super-20. The benefits for those who have the ability to pursue the professional route is that it enables our top young aspiring professionals to catch up with their rivals in the rest of the world - training and playing with and against other professionals, perhaps outside their comfort zone from a technical, tactical, physical, or psychological standpoint - this accelerates the process of these players assimilating into the first team of those clubs.

TDS: What would you say is a major focus for USL-PRO heading into 2015?