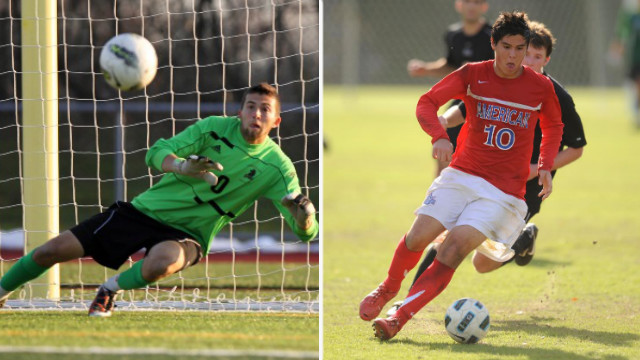 The additions of two relatively prosperous Mid-Atlantic programs should turn the always-competitive Patriot League into an even bigger dogfight in 2013. The good news for teams is that six spots in the conference tournament is up for grabs, making postseason hopes a bit brighter for a conference full of parity. 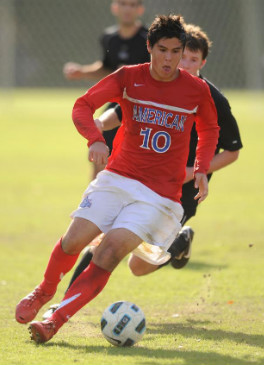 With Loyola (MD) and Boston University now in the fold, American looks to defend its 2012 regular season title, and avenge the conference championship loss against Lafayette that denied the D.C.-based school a crack at an NCAA Tournament bid. Defensive Player of the Year Cristobal Soto and Goalkeeper of the Year Billy Knutsen are two of many holdovers from last year’s squad who will look to replicate the success of that season and re-write the ending this time around.

However, along with the rest of the field, the addition of Loyola (MD), a prestigious men’s soccer program in its own right, certainly improves the conference. Forward Larry Ndjock powered the team last season, scoring 13 goals in 19 games to land MAAC Rookie of the Year honors, and if he can build on a solid start to his college career, good things will certainly follow Loyola in its new conference. The Greyhounds are far from a one-man band of course, as both Connor Thompson and Stephen Dooley showed that they are able to make things happen in the final third.

One of many seniors on the Lafayette roster in 2013 looking to make another run to an NCAA Tournament is Alec Golini, whose seven strikes in 2012 led the team. Complementing him from last season’s run is goalkeeper Nathan McDonald, forward Peter Adubato, defenders Brandon Turner and Julian Plummer. The Leopards’ success is a reflection of how this conference can go in any direction once the postseason hits.

The other program making its debut in the 2013 Patriot League is Boston University. Midfield maestro Michael Bustamante graduated and leaves a big gap in the center of the park, and replacing him will be one of the priorities for the upcoming season. Senior Anthony Ciccone should be an able replacement, as his eight assists last year shows he can contribute offensively, while Parker Powell will likely aim to better his five goals from a year ago. The freshmen class has some intrigue, including Brazilian and Boston-area high school scoring ace Felix De Bona and Iceland youth international David Asbjornsson.

Usually finding their way into the postseason mix are Bucknell and Colgate, which both qualified for the tournament in 2012. They’ll be on the hunt to take things one step further this year, while holding off rapidly improving programs like Navy, Holy Cross and Army.

With two of the top three regular season finishers in Monmouth and Quinnipiac making a move ahead of the 2013 season, the upcoming Northeast Conference crown is a wide open race.

One team eyeing that top spot will be Central Connecticut. Unable to play in the postseason in 2012 because of a low APR score, the squad did lose three of its best players with the graduation of Reece Wilson, Jesse Menzies and Thomas Obasi. Senior Forward Eddy Bogle will lead the way in the effort to replace the departed offense, and there is plenty of other experience around him with defenders Stephen Walmsley and Ben Knight also returning to the team for the upcoming season.

After making a run in last year’s NCAA Tournament, Fairleigh Dickinson is back for more. They’ll have to find success without a number of seniors from a year ago, including midfield linchpin Jack McVey (six goals, five assists) and Jan Aubert, who was second in minutes played in 2012. Forward Nico Wright, who equaled McVey’s scoring output a year ago, should be able to shoulder some of that responsibility, while Nicholas Walker and Jeff Barrenechea will once again anchor the back line in front of senior goalkeeper Jacob Lissek.

Knocking on the door of the conference tournament a year ago, Sacred Heart aims to cross that hump despite the loss of three-time Defensive Player of the Year Marcello Castro to graduation. Finding offense in Castro’s absence will play a critical role in this year’s success. Mahmoud Kafel showed glimpses during his freshman year with three tallies, while Ronaldo Vieria fared well after transferring from Framingham State ahead of last season and can also chip in offensively.