Predicting the U.S. U20 qualifying roster 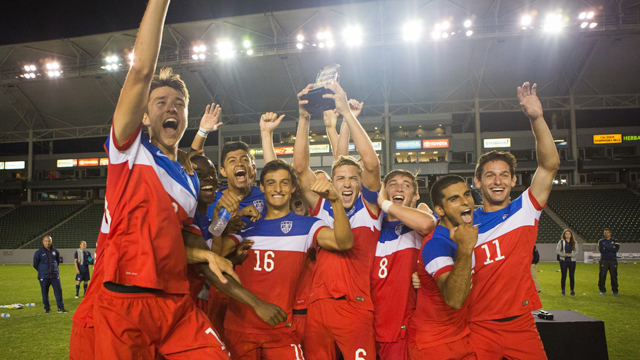 With the 2015 U20 CONCACAF Championship in Jamaica only four months away, the biggest hurdle for U.S. U20 Men’s National Team head coach Tab Ramos remains player availability. For the past few months, Ramos has been vocal about the difficulty of assembling the best team with this age group because clubs do not have to release players for events.

Recently, Ramos has been pretty outspoken about Rubio Rubin not being part of his U20 group moving forward. Rubin was recently called into the full national team for a game against the Czech Republic. He did not make it off the bench, but it was a clear sign for how he is rated among the top coaches in the Federation.

Rubin is not alone. There will be other players that cannot make the all-important qualifying event because they are too valuable to their clubs. The main benefit for Ramos is that MLS (and college soccer) will be out of season during the CONCACAF Championship, which should give Ramos plenty of options for who to select from the domestic.

Below is a prediction of who Ramos and his staff will select for the 20-man roster for the tournament.