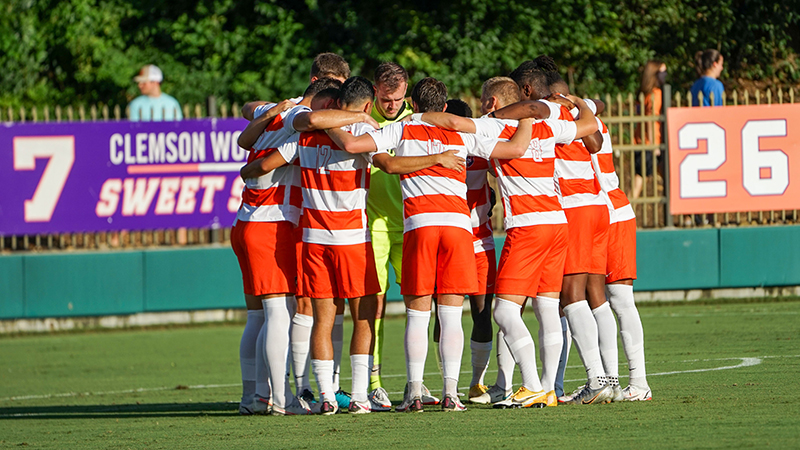 Is the ACC the best conference in men’s Division I soccer? That’s the reputation the league stakes to prove every year, even though no side was won the College Cup since 2014 when Virginia captured the crown. Though it’s worth noting that Pitt and North Carolina did make the Final Four in the spring, and the league regular is represented in the national semifinals.

Getting over the hump from a league perspective is one of the storylines to watch this season, and UNC and Pitt both looked primed to make deep runs. Clemson should be in the mix as well.

The talent drain on the Tigers midseason was too much to overcome in the NCAA tournament. That being said, the offseason reload comes from internally and externally. Justin Malou is back after being drafted by the Crew, a big boost for a back line that can use his experience. Mohamed Seye has shown flashes but struggles to stay healthy; if he’s on the field, Clemson can certainly contend.

There’s a lot of talent on this Cardinal roster, leaving anything short of an NCAA tournament a disappointment. Ugochukwu Achara’s incoming transfer from Northwestern is a big add, as he should provide the quality and attacking edge to help Pedro Fonseca. If preseason results are anything to glean from, Louisville should be able to score plenty of goals. Tightening it up at the back could put them on a postseason path.

As is typical for a Bobby Muuss team, Wake boasts a blend of quality, experience and young talent. The defense is stocked with experience, whether it’s junior Nico Benalcazar, Holland Rula at left back and sophomore Garrison Tubbs. Figuring out the right attacking combination is going to be crucial. Kyle Holcomb leads the line, and is a killer finisher. Getting the right guys around him, whether that’s newcomers like Babacar Niang, Roald Mitchell, or a returning player like David Wrona or Jahlane Forbes, will play a big factor in Wake’s ceiling.

It’s been a positive preseason for the Pack, picking up wins against ACC foes in Virginia Tech and Duke. Goalkeeper Leon Krapf is one of the best in the conference, while there are intriguing names to keep an eye one. Iverson Brisma, Kuda Muskwe and Brad Sweeney are all experienced in the conference. Newcomers like Luke Hille and Henrique Santos could add more attacking options to really raise the level.

The Eagles sat out the fall season, playing a limited spring schedule. So they are certainly a big X-Factor, and have some players. Amos Shapiro-Thompson and Michael Suski both looked good as freshman in 2019, while Stefan Sigurdarson and Kristofer Konradsson can create danger. How well it comes together under head coach Bob Thompson could certainly make things even more interesting in the ACC.

Despite bringing in a solid level of talent, the Orange have struggled to replicate the postseason success they tasted back in 2015. They continue to churn players to the pros, but haven’t hit double-digit regular season wins since 2016. Getting DeAndre Kerr firing is a big key here, though there are ample options to support him, including Akron transfer Colin Biros. It’s a young team, though if the talent meshes quickly, Syracuse could certainly threaten.

Pitt is running it back with almost the entire starting lineup from the final College Cup game. The lone holdout is center back Bryce Washington, who signed with Atlanta United in the summer. Replacing a player of his caliber is obviously important, but it reinforces the suggestion that another College Cup run looks very possible. With Veljko Petkovic, Valentin Noel, Bertin Jacquesson and Alexander Dexter returning, the attack should click once again.

Like the Panthers, UNC has the roster and personnel to make a College Cup run. They’ll look to do that after a better overall record in the fall, though a 9-5-4 record in 2020-21 isn’t too shabby. Alec Smir is back in goal, while the No. 2 recruiting class joins other returning players like Filippo Zattarin, Joseph Pickering and Julian Hinojosa. The Tar Heels have the players, it’s about playing consistently and finding the right combinations to taste success.

When it comes to amassing quality talent, Duke continues to pull in good recruiting classes. The 2020-21 team saw freshman earn big minutes. Now, building on that and turning some losses into wins in the upcoming campaign is the question. Peter Stroud is one of the top midfielders in the college game, while Nick Pariano was another freshman to excel last season. A big year from junior forward Scotty Taylor would take the pressure off some of the younger players. It remains a very young team, however, with just three seniors on the roster.

The Hokies continue to show that they are regulars in the NCAA tournament. Even after losing Danny Pereira in between the spring and the fall, they got over the line by securing an at-large bid. The team should be solid at the back, with Sivert Haugli bossing the back line and Matt Zambetti in goal. Retooling the attacking will be important; keep an eye on senior Jacob Labovitz, incoming transfer Pol Monells and Nick Blacklock.

A sub.-500 finish to the 2020-21 season meant no NCAA tournament for the Cavaliers. Getting more from the attack would go a long way to fix that. Some of those could be from internal replacements, including Kevin Ogudugu, Kaya Ignacio and Leonardo Afonso. Defensively, there’s a lot of returning players to lay a foundation, including Andreas Ueland and Oliver Gerbig.

Finishing with one win from six fall conference games isn’t good enough for any program with high ambitions. They improved in the spring with a few wins, certainly something to build upon. But it’s also a reminder of the depth of the ACC, as the Irish have plenty of room to improve. Jack Lynn and his eight goals are back, while the group can be more competitive by improving defensively.