Pro Prospects to Watch in the ACC final 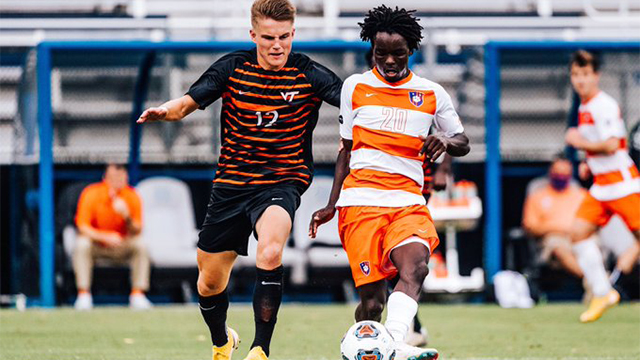 The ACC men’s Division I fall season comes to a close on Sunday, with the conference tournament final the last chance to see men’s college soccer in 2020.

Clemson and Pittsburgh shade the field in terms of putting together the best seasons in the ACC (with a nod to Wake Forest, which lost in the quarterfinals).

On Sunday at noon, ESPNU will broadcast the final from WakeMed Park in Cary, N.C. It’s a story of two contrasting teams in one way – both quality teams, but Clemson holding the edge in terms of individual talent and top pro prospects, while the collective of Pittsburgh can solve problems on the field.

If Clemson can press Pitt’s midfield effectively and limit their ability to play their style, the Tigers have the firepower to make this comfortable; but that’s no guarantee. The game could be decided by players looking to make an impression for the MLS Draft, which is scheduled for either January 19 or 21, according to a report from The Athletic.

So who are the pro prospects of note on each side? Here’s a look at some of them.