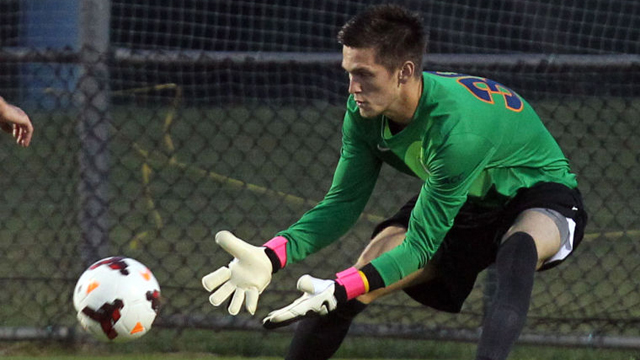 Earlier this week, Maryland announced that sophomore goalkeeper Zackary Steffen was signing a professional contract with Bundesliga outfit SC Freiburg. Steffen, also the U.S. U20 Men’s National Team goalkeeper, concluded his career with the Terps after playing every minute of every game during his time in college. 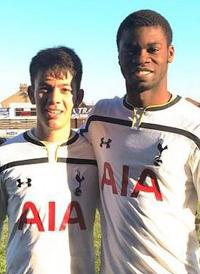 Steffen was not the only college goalkeeper with youth national team ties to sign a professional deal this week. Former Virginia(m) and Creighton goalkeeper Jeff Gal inked a contract with Lidkopings FK, the club announced on Monday.

Gal signed a two-year contract with the club and will join the team in February. The 21-year-old goalkeeper has appeared with the U.S. youth teams in the past with his most prominent call-ups at the U18 level. Gal had a stellar run with Creighton in 2012 as a redshirt freshman. His play in the NCAA tournament led the Jays to College Cup. He finished the season with 57 saves and 0.57 goals against average in 15 games.

Lidkopings FK plays in Division 2 in Sweden, which is actually the fourth tier of the pyramid. LFK finished in sixth place in the Norra Gotaland of Division 2 in 2014. Gal is the expected starter for next season with academy players serving as his back-ups.

The U.S. U18 MNT is in Spain for nine days for an international camp, which includes two games against Germany’s U18 squad on Dec. 17 and Dec. 19. Prior to the camp, a number of the U.S. players went to Europe for training stints with professional academies.

Forward Sebastian Elney and defender Pablo Pelaez trained with Tottenham U21 and U18 while in London. Elney, a Maryland commit, scored a goal for the U18s in a friendly against Barnet.

Fellow U18 forward Brooks Lennon has also been in the news lately. Rumors out of England have the RSL-AZ forward finding his way into the Liverpool academy in the beginning of 2015. Lennon has trained with Liverpool numerous times in the past and is reportedly highly rated among the Liverpool coaches.

U.S. U15 Boys National Team on the move

The U.S. U15 BNT is also in camp this week. The next age group for the U17 World Cup cycle is quickly gearing up for its time in the spotlight. This camp is the first with John Hackworth in charge after the former U17 MNT was hired in November to take over the U15 age group.

Hackworth is likely getting his first look at some players given that a few of them are plying their trade abroad. Midfielder George Acosta is now listed as part of the Estudiantes (Argentina) system. Acosta is a talented playmaker with good vision. He was part of the Weston FC U14 team that was awarded the trip to England as the representative from the Development Academy’s youngest age group.

Forward Timothy Weah, the son of the great George Weah, is a member of PSG’s academy. Weah has been with the French club for months, but missed out on the last camp with this age group due to injury.

Hackworth also called in Ben Lederman to this camp. Lederman is closing in on his fourth season with Barcelona after joining the world’s most famous academy in April of 2011.