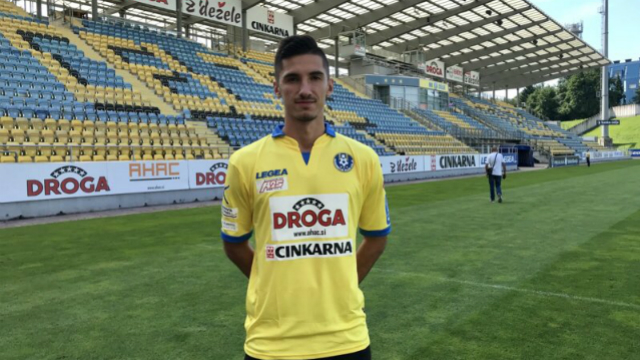 Before ever playing in an official game at Rutgers, goalkeeper Kevin Silva is leaving the program.

Silva, the former U.S. U17 men's national team player and a transfer from UCLA this offseason, signed with Hearts in the Scottish Premier League this week.

“I enjoyed my time at Rutgers and training with the team,” Silva said in a release. “However, a chance to realize a dream and play at the next level was one I could not let pass by. I want to thank Coach Donigan and his staff for the opportunity to become a Scarlet Knight and wish the team nothing but success this upcoming season. I especially would like to acknowledge Coach Stakiwicz for all his support and guidance over the years that ultimately has allowed me to sign professionally.”

A native of New Jersey and product of club power PDA, Silva played two seasons at UCLA before joining Rutgers at the start of the 2018 spring season. He compiled a 1.66 goals against average and .709 save percentage with 122 saves and seven shutouts at the Pac-12 program before swapping coasts.

“We knew it was always a possibility that Kevin could go to the next level, but it is always important to look out for what is best for our student-athletes and this is a great opportunity,” Rutgers head coach Dan Donigan said in a release. “When you work hard and put the time and effort into training, positive things will come your way. In Kevin’s case, it came just a little sooner, but again, we are very excited for him. I credit Coach Stakiwicz for all his hard work with Kevin over the years both here at Rutgers and at the club level, as well as his time with the youth national teams, to get him where he is today.”

The former U.S. youth international spent the past couple weeks on trial at Hearts, a club based in Edinburgh, Scotland. According to media reports, he's expected to feature mostly with the reserves, and signed a two-year contract with the club.

Silva isn't the only player to recently leave school and sign abroad.

Omaha forward Elvir Ibisevic signed a contract with NK Celje, a first-division side in Slovenia.

Super excited to announce that I’ve signed my first professional contract with NK Celje in the 1st Division in Slovenia! I want to thank everyone that was a part of this journey and this is only the beginning. #GremoCelje pic.twitter.com/j5iulKzOWD

“Elvir is a talent,” Omaha head coach Bob Warming.  “He was super sharp on our recent Canada trip and scored four goals in four matches against good competition.  We wish him all the best in his life and career and look forward to continuing to help other talented players reach their full potential.”

The attacker scored nine goals during the 2017 season for Omaha, helping the team make a first-ever appearance in the NCAA Tournament. On the back of that season, he earned a call-up to the full Bosnia & Herzegovina national team for a friendly against the United States back in January 2018. He was also called up to the U.S. U17 MNT Residency program back in 2015.