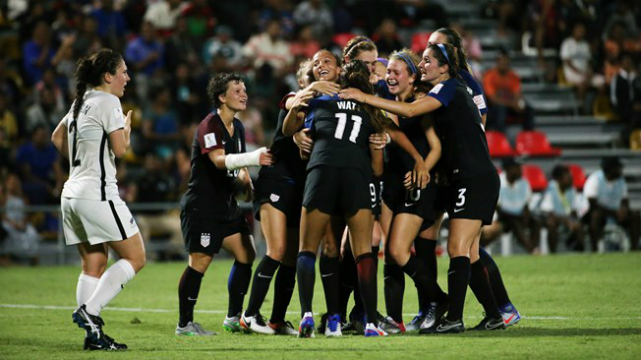 The U.S. U20 women’s national team took one step closer towards progression at the U20 World Cup, defeating New Zealand 3-1 on Thursday.

Ashley Sanchez and Mallory Pugh punished two early New Zealand mistakes, as the pair scored in the game’s first eight minutes. After the Kiwis cut into the lead in the final 10 minutes, Texas A&M forward Ally Watt settled things with a late strike.

A bright, energetic start resulted in the United States creating a chance in the first minute. Pugh’s low driven corner kick was dummied straight to Savannah DeMelo, who could only spoon the chance over the bar. That set the tone for the game's early stages, as the U.S. took control and didn't really look back.