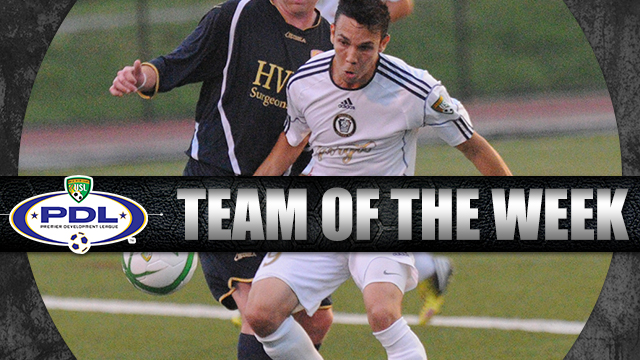 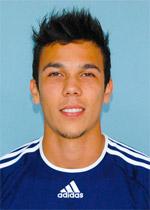 TAMPA, Fla. – The PDL announced today its Team of the Week for the second week of the season, with Reading United forward Mario Pinto Neto being honored as the Player of the Week. Pinto Neto recorded a hat trick in United’s season-opening 8-0 victory against the Westchester Flames to claim the weekly honor.

In pursuit of its sixth consecutive playoff berth, Reading got its season off to a flying start on Saturday night. Pinto Neto scored the club’s first goal of the season, heading home from inside the penalty area, and he added a second in the 59th minute, finishing an opportunity created by Larry Ndjock. The young Brazilian completed his hat trick seven minutes later, firing home a first-time finish from a corner.

Joining Pinto Neto in the Team of the Week attack were Austin’s Tucker Hume, who scored the game-winning goal while playing a key role in the Aztex’s 2-1 victory against Oklahoma City FC. Ventura County’s Chase Minter was also selected after he scored a pair of second-half goals, including the game-winner, in the Fusion’s 3-1 win against the BYU Cougars.

F.A. Euro – New York Magic goalkeeper Alex Naples was named to the team after earning his side a point with a 13-save shutout in a 0-0 draw against the NJ LUSO Rangers on Sunday afternoon. He is joined in defense by CFC Azul’s Jonny Raj, who played a key role in his club’s 3-0 win against the Real Boston Rams, and Fresno’s Jorge Gutierrez, whose leadership was key as the Fuego earned a point against BYU.

GPS Portland’s Gilbert Mainer earned his selection after scoring the game-winning goal for the Phoenix against Vermont, while Houston’s Walter Krombholtz had a standout performance as the Dutch Lions earned a draw with defending division champion Laredo.

Carolina midfielder Brandt Bronico led the midfield selections, with the 17-year-old scoring the opening goal of the season for the Dynamo in their 3-0 win against Virginia Beach. He was joined by Vancouver’s Cam Hundal, who played a key role in the Whitecaps U-23’s win against Kitsap, and Laredo’s Alejandro de la Garza, whose stoppage-time goal earned his side a point against Houston.

The top developmental men’s league in North American, the 2013 PDL features 65 teams within four conferences throughout the United States and Canada. The PDL season consists of 14 regular season matches for each team, seven home and seven away, and provides elite collegiate players the opportunity to taste a higher level of competition while maintaining their eligibility. In addition to league play, PDL teams compete in the Lamar Hunt U.S. Open Cup as well as various exhibitions. The PDL has proven to be an important stepping-stone for top professionals now playing throughout the world.