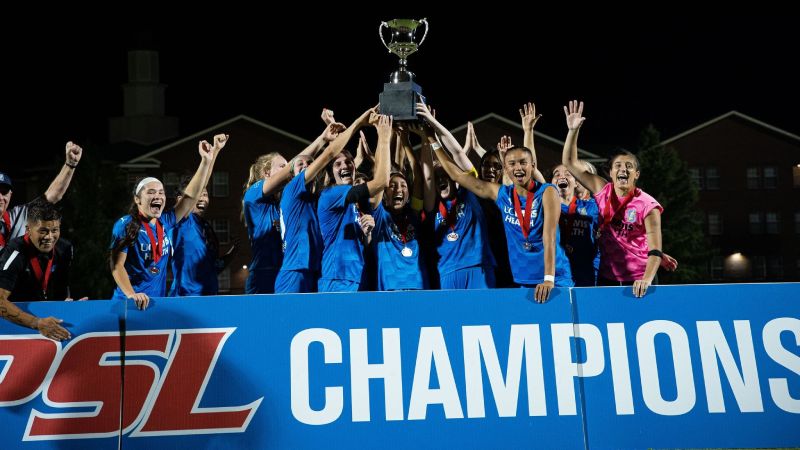 A packed summer of women’s soccer came to a conclusion last weekend as the three major leagues wrapped up play with playoff finals.

There was drama aplenty across the trio of finals, with extra time winners, late goals and testy contests. Future and current college players were among the big moments — helping their teams to victory.

Here’s a look at every match.

While the scoreline appeared comfortable, the Storm were made to work for their fourth WPSL trophy. The David, California side relied on local talent to get its hands on the Jerry Zanelli trophy.

Santa Clara commit Alexandra Klos opened the scoring for California with a driven free kick. Rice standout Shiloh Miller pulled one back shortly after half time, a well-placed shot from outside the box. Two Cal State Monterey Bay standouts buried the game, with Brenda Urbie and Misty Ramirez finding the back of the net to secure a championship.

Midfielder Janae Gonzalez pulled the strings for the Storm throughout the season. The UC Davis graduate assisted all three goals in the final and earned the Most Outstanding Player Award. Spanish keeper Judit Gonzalez Oliveras was also instrumental in the win, pulling off some crucial second half saves. An All-American junior college goalie, Gonzalez Oliveras’s consistently

The inaugural season of the USL W-League brought drama throughout. That trend continued in the final, with South Georgia and Minnesota needing extra time to settle on a winner.

Pacific forward Jaida Nyby played hero on the night, scoring in the 8th and 116th minutes to lift South Georgia to the most narrow of victories. Minnesota made it difficult for South Georgia, with Addy Symonds causing problems all evening. Her performance was highlighted by an audacious 30 yard strike to knot the game at 1-1- in the first half.

South Georgia also turned to goalie Sydney Martinez for the win. The South Florida keeper stepped up in big moments, saving a penalty in the 111th minute to top off a classy performance in net.

The UWS season concluded with an enticing cross-border contest. The high scoring Mustangs met an undefeated Calgary side in what projected to be a top matchup. And the quality was there. Calgary opened the scoring thanks to Memphis product Saorla Miller, who finished a move with a neat volley.

For its comeback, Chicago turned to two big ACC talents for production. Louisville midfielders Nina Nicosia and Julia Simon combined for the Mustang’s equalizing goal, shifting the momentum back to the American side. In the second half, Harvard midfielder Ainsley Ahmadian added the finishing touch, a floated shot from the right wing securing a 2-1 win.