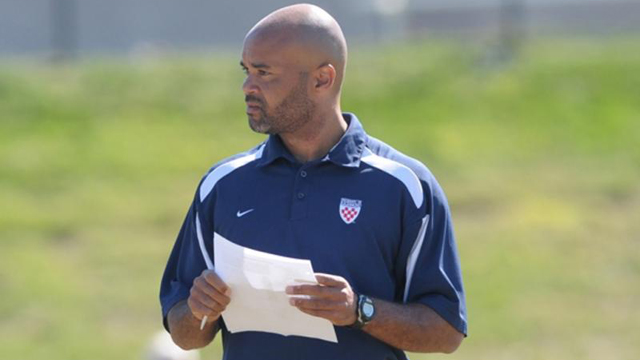 UNIVERSITY OF RICHMOND(m), Va. (July 27, 2012) – Men’s soccer head coach Clint Peay announced on Thursday that he will not return to the program for the 2012 season. Peay’s resignation comes on the heels of his decision to take a coaching position with the Under-17 U.S. Men’s National Team. 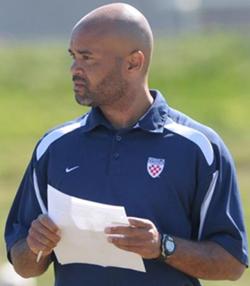 “I will sorely miss spending time with such a wonderful group of young men,” said Peay. The experiences that I’ve had as head coach here at UR have been priceless. I would like to thank all of my players forallowing me to help mentor and guide them during my time with the program. This role has been fun and challenging over the years, and I truly believe it has helped me grow as a person.”

A former Olympian and MLS standout, Peay spent three seasons as the Spiders’ head coach. During his tenure with the program, Peay guided his players to six all-conference selections that include three Spiders being tabbed to the Atlantic 10 All-Rookie team.

The Spiders also excelled in the classroom under Peay, as the team maintained the highest GPA of any men's program on campus for the Fall 2011 Semester and averaged the second-highest grade point for the Spring 2012 Semester. Senior captain Houston Oldham represented the program at the conference level when he was named to the A-10 Academic All-Conference squad this past season.

Peay is able to draw from a highly successful playing career in coaching his players. His extensive playing experience includes a two-year stint for theU.S. Olympic team from 1994-96. He started every game as a defender for Team USA in the 1996 Summer Games in Atlanta.

Peay was a four-year starter at the University of Virginia, helping lead the Cavaliers to four-straight NCAA National Championships from 1991-94. He also played four seasons in the MLS for D.C. United, helping the team to three MLS Cup titles and one U.S. Open Cup Championship.

A Columbia, Md., native, Peay arrived at Richmond after serving stints as an assistant coach at George Mason, Davidson and Georgetown.

The University of Richmond will announce Peay’s successor in the near future.