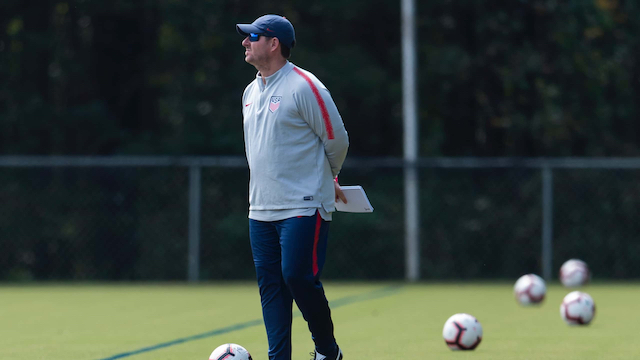 The U.S. Under-20 Women’s National Team will come together for a training camp being held from Nov. 4-10 at the U.S. Soccer National Training Center in Carson, Calif. The event will be held in conjunction with a U.S. U-17 WNT training camp.

As the camp falls at the end of the college season, the roster consists of just four college players with the remaining 18 coming from youth clubs.

Including this camp, Carr will have three events before choosing a roster for the Concacaf Women’s U-20 Championship to be held at the end of February. That tournament will qualify three teams to the 2020 FIFA U-20 Women’s World Cup.

The training camp roster includes eight players who represented the USA at the 2018 FIFA U-17 Women’s World Cup in Uruguay: goalkeeper Julia Dohle, defenders Michela Agresti, Samar Guidry and Smith Hunter, midfielders Hannah Bebar and Astrid Wheeler, and forwards Samantha Meza and Trinity Rodman. Forward Lia Godfrey was a part of the U.S. team that played in the 2016 U-17 WWC in Jordan.