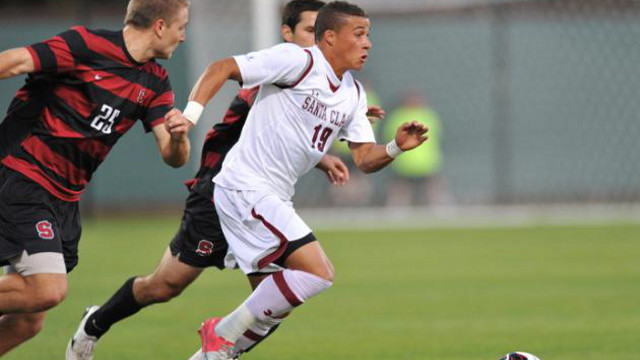 It was not disastrous considering the opposition (California, Duke, North Carolina State(m), Creighton), but it was not the dream start the players and coaches had hoped for, heading into the year with some expectations.

The Broncos were picked to finish second in the West Coast Conference in the coaches’ preseason poll. With a strong recruiting class and a number of returning starters back, Santa Clara looked ready to go this season. 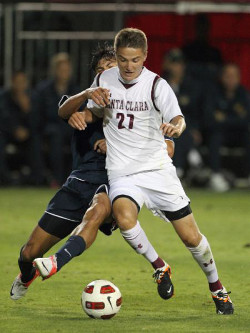 Yet the hype on paper did not meet the product on field over the first two weeks, and the Broncos knew something needed to change when they hit their low point in a 5-3 loss to San Jose State on September 9.

“We made some mistakes that caused us to become very unsettled,” Santa Clara head coach Cameron Rast told TopDrawerSoccer.com. “Our approach became to get back to the simple things that make you a good team. The defending side becomes more of a priority . . . it was a lot of little things, nothing major.”

Since that point, Santa Clara has strung together a four-game winning streak with only one goal conceded over that stretch.

“Over the last four games, we are showing some consistency,” Rast added. “We are going to have to be more dangerous to make the [NCAA Tournament] and advance in knockout.”

Making the tournament will be difficult considering the WCC does not have a conference tournament so the lone automatic bid comes down to league standings.

“For us, these [conference] games are critical. It is like a very long conference tournament where you need to get on a run.”

The coach went on to compare the start of this season to last year where his squad won its first two games then lost four in a row before a strong finish, but the slip in the middle of the season cost the Broncos a spot in the postseason by a single point.

Obviously, Coach Rast is hoping to avoid a similar slide this year and given the ambitions of his star player, Erik Hurtado, there is no room for error at this point. Hurtado, a senior forward, told the student paper last week that this team has Final Four potential.

“I think we have the potential to get there, but we aren’t close to there yet,” Rast said in response. “I think the team is moving along.”

Hurtado has reason to feel confident though. The Beaverton, Oregon-native has been nothing short of spectacular during his collegiate career.

He has seven goals and two assists already this year, which means he will likely finish his time at Santa Clara as the top scorer for every season he had with the Broncos.

“The nice part for us this year is that he is understanding his role,” Rast said. “He is creating so many chances as well as scoring. We could’ve won or at least drawn a couple more games if the finishing was there.”

The next level is waiting for him, but where he plays is still up for debate.

“I think [the Portland Timbers] are trying to claim him,” the coach said about Hurtado’s Home Grown rights. “I think he would like to play for them.”

Hurtado’s youth club has fallen under the Portland Timbers umbrella since he left, so the league would need to rule on his rights prior to the draft in a similar situation to Brent Richards’ status last year. The Santa Clara forward also played for the Timbers U23 Premier Development League team the past two summers.

Yet, the more important dilemma for Hurtado and the rest of the Broncos squad is getting this rolling through conference play and into the postseason. Accomplishing that may take some help from the talented recruiting class that Rast and his staff brought in, which has contributed in the early stages of the season.

“Some of the freshmen have stepped in and done quite well for us. The challenge is finding out when the freshmen can help and be productive.”

Local De Anza Force Academy products Max Ornstil and Ryan Masch have seemingly stepped in right away with Masch chipping in three goals and one assist in his first nine games and Ornstil gaining praise from teammates for his aerial abilities.

The Broncos are a work in progress with these youngsters, but it is an exciting team to watch develop.