The three-match tournament saw the Americans defeat the Sweden U23s 4-2, before tying England, 1-1. In the final day of competition, the U.S. came back from a two-goal deficit in a ten-minute span, to overcome the Norway, 3-2.

Several players contributed to the success of the U.S., but none more than University of Wisconsin-Milwaukee forward Sarah Hagen. She scored in every one of the U.S. matches, and assisted in the game-winning goal against Norway.

“Having the success I had in Spain felt great, but more importantly we won the tournament,” she said. 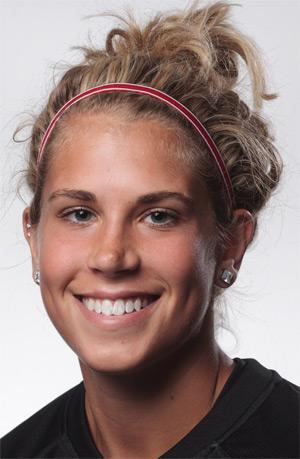 Hagen found the back of the net for the first time after finishing a rebound from five yards, making the score 3-0 at the 34th minute. Sweden responded a minute after Hagen’s goal to cut the deficit.

“Scoring my first goal of the tournament helped me relax the nerves of being there and allowed me to just play,” she said.

Two minutes into the second half, Henderson got her second goal of the game off Sinead Farrelly’s (Virginia/WPS) assist. Sweden scored one last time in the 50th minute.

Continuing her trend, Hagen scored the lone goal in the 1-1 draw against England.

In the 44th minute, from just outside the 6-yard box, Hagen put away Farrelly’s shot, which was blocked by England’s keeper. The U.S. let the lead slip after England got the equalizer in the 62nd minute.

“At the international level the speed of the game is a lot faster and more intense,” Hagen said. “But with each camp we have gotten closer and have gotten used to each other’s playing style.”

That understanding was strongly tested against Norway when the U.S. was down 2-0 after the first half.

In the 83rd minute Hagen topped her already perfect tournament by stealing the ball, driving down the middle of the field, and laying off a ball to Nogueira for the game-winner.

“I didn’t think I would have that much of an impact on the outcomes of the games,” Hagen said. “But I think you have to go into the games thinking you can play a pivotal role because otherwise you’ll just play timid.”

In the end, the U.S. finished with seven points, to England’s five, Sweden’s three, and Norway’s one.

Hagen summarized the competition and playing with her team.

“Being asked to play with the U23 WNT in the Four Nations Cup was such an honor and a great experience,” she said. “All the girls at camp are fun to play with and at each camp we all get to know each other a little better.”