Seniors worth a look for the 2017 combine 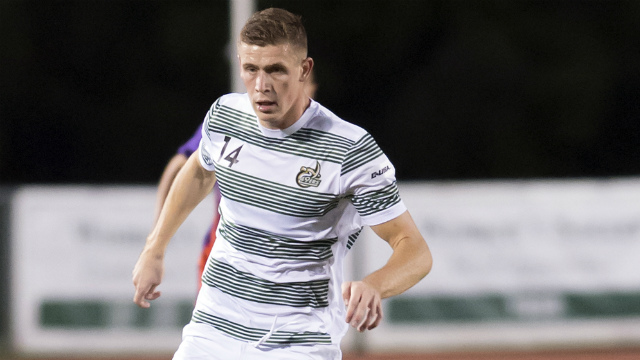 While the MLS Combine and Draft progress has its share of warts, it’s the best shot that numerous college hopefuls have of jump-starting a pro career in the United States.

This week’s combine invitee list announced 53 seniors heading to Los Angeles in January to try their luck. More additions are sure to come down the road, while some seniors like Ian Harkes, Adam Najem and Nick Lima are homegrown candidates and likely to bypass the combine altogether.

Below is a look at a number of seniors worthy of a look at next year's combine that didn't make the initial list.

The former U.S. youth national team player has endured an up-and-down 2016 in Charlottesville, bouncing between starting and reserve roles this year. It's been an embodiment of his entire four-year career at Virginia, though he's a player with talent and pedigree that has him postured as a sleeper in the 2017 draft class. Given the lack of left-footed defensive players, Foss certainly warrants a longer look as a potential midfielder or left back. Frozen out due to a formation change this season for long stretches of the season, he cracked the starting lineup in the tournament, and can do damage with his set piece service and his attacking prowess.

Considering the soccer IQ needed to excel at Akron, Ruhaak’s an experienced player that could bring something to a team at the next level. A veteran of the Michigan Bucks’ 2016 PDL-winning side, Ruhaak is a sleeper as either a right back or competing for minutes centrally. With his athleticism one of the big questions about his pro projection, a ticket to the combine would provide an opportunity to assess that against a myriad of attackers from around the country.

No. 10s making the leap to Major League Soccer from the college game are always difficult to project. Whether it’s the inability to defend or a lack of athleticism, attackers from college are generally quickly jettisoned even after being drafted. It would be a shame for España to suffer a similar fate, as he’s a smooth player with the ball at his feet, making the pass before the critical assist to create chances for his team. While someone of his style might struggle at the combine (or get played as an outside back), España is the caliber of player that could offer creativity from the midfield, whether at the combine or for an MLS team.

One of the premier ball-playing central defenders in the draft class, Barnathan is capable of playing at the back or as a No. 6. His passing ability makes him an impressive prospect and likely to feature as a central midfielder at the next level. If an MLS team doesn’t come knocking, expect to see him end up with a USL side next year. VCU's underrated track record at developing players for the pro ranks indicates that Barnathan should get a look at the combine.

While Creighton’s impressive track record of sending players to MLS could be under threat in the 2017 draft, Perez remains the team’s best pro prospect. Part of the reason for his exclusion from the draft list could be down to interest from the Rapids for a homegrown contract after he progressed through their academy. Perez is a tough box-to-box midfielder with a good shot from range that can wreak havoc with his late runs into the box.

The central midfielder's exclusion from the invite list is a puzzling one, considering his contributions and consistency to an elite program over the past four seasons. That could come down to his position, sitting as a deep-lying play maker that kept possession ticking for the Cardinals. His importance to Louisville, particularly over this past season, can't be overstated and seems to suggest that he's a player with potential to fit as a No. 8 in MLS.

As mentioned with Foss, left-sided defenders are at a premium in this draft class, though Dekovic’s shouldn’t just be considered to make up numbers. An energetic defender that gets forward and combines well, Dekovic has been a key figure in one of college soccer’s most consistent defenses the past two seasons.

Since transferring to UNC from Rollins College, the Hume brothers have been a part of one of the college soccer’s elite sides, with Tucker banging in goals up front and Walker locking things down in the back. Interestingly, only Walker earned a look in the initial combine list. Both have questions to answer to scouts, whether it’s having mobility and athleticism to contribute at the MLS level with a 6-foot-5 frame to carry. At minimum, someone with Tucker’s resume at least deserves a shot.

One of a handful of players in the country who can break lines of pressure on the dribble and consistently keep the ball, Bascom was the best offensive player in the Patriot League, but he was penalized as the team struggled during 2016. A four-year starter, he was a vital cog during the program's sensational run in 2013 when the Midshipmen made the second round of the NCAA Tournament. Given the lack of dynamic attacking talent among the seniors, Bascom's a player that could be on the radar of a handful of teams even if service academy commitments make his availability uncertain.

Another former U.S. youth national team veteran, Haberkorn’s been a steady presence during his three years at California despite some ups and down from a results perspective. This past season, Haberkorn played as a defensive midfield on a possession team, and could also slot in as a central defender. His pedgiree and versatility is an asset that could intrigue some MLS teams.