Six undrafted players worth a look in MLS 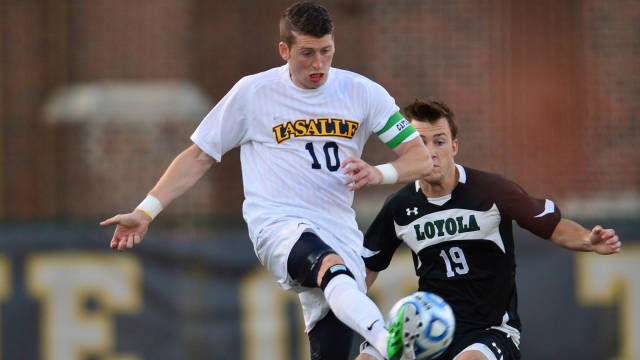 The 2014 MLS Draft season has come and going, but that doesn’t mean pro hopefuls remain, still waiting for the crack at a first division team in the United States.

And while perhaps a stint in NASL and USL Pro would prove to be most beneficial for most of these players, there are still hopefuls out there who would have a small chance of making an MLS roster for this season.

Here’s a look at six undrafted players who could prove something if given a chance:

M Jason Plumhoff, La Salle: Coming from a program that is far from renowned for its pro producing pedigree, Plumhoff also faces the task of proving what his best position is in MLS. An attacking center midfielder, he grew up in Germany in the youth system of Bayern Munich, offering a pedigree that few match. He showed well with PDL side Reading United as well.

D Patrick Slogic, Cornell: Another Reading United alumnus, Slogic is a 6-foot-6 central defender who came on strong in his last two seasons with the Big Red. He faced an uphill battle to get drafted with so many center backs in this class, though he has the size and enough pace to make a roster.