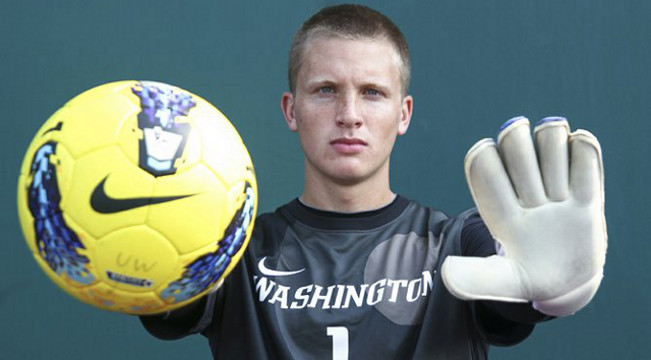 Three years removed from the U17 World Cup, the careers of Earl Edwards and Spencer Richey are still linked by a common thread.

The graduates of the U17 Men’s National Team Residency Program have been connected by the time they spent together in Bradenton, Florida. They lived and trained together as the top two keepers from the cycle of youth national team players.

Edwards emerged as the clear choice top keeper during the 2009 U17 World Cup, where the U.S. would exit in the Round of 16. Richey, along with Maryland goalkeeper Keith Cardona, sat on the bench for every game.

After that event, all it took was one decision to shape the path for each keeper. 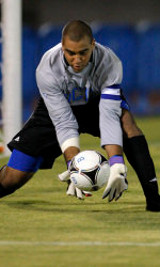 Edwards, the top rated prospect at the time, picked UCLA for his next stop despite two talented keepers already on the roster ahead of him. Now in his third season with the Bruins, Edwards has finally taken over the top spot in net.

Richey, a Seattle-born talent, went back home and put on the gloves with the Washington Huskies. The backup with the U17 MNT finally found his starting role . . . even as a freshman.

“Coming out of Residency into the University of Washington, I was inexperienced,” Richey told TopDrawerSoccer.com this week. “I had a lot of training under my belt, but, especially as a goalkeeper, there is nothing you can do to mimic the pressure and the responsibility you have to take in a game.

“It is unbelievable how much of a difference it makes. Starting these games, and playing in the PDL [USL’s Premier Development League], have been huge for me in getting better as a goalkeeper every day.”

Richey played with the Portland Timbers U23 PDL team this summer, which is where he had his first match against Edwards since their days in Florida. Edwards, the starting keeper for the Ventura County Fusion, won that battle 1-0 in overtime.

However, Richey got one back on Monday night when Washington held on for a 2-1 win against UCLA. It was Richey’s first win against the Bruins (and first win for the program since 2007), and the first time Edwards has started in net against him in college.

“Yeah, it definitely adds a little extra to it,” Richey replied when asked about the significance of the win when going up against Edwards. “Obviously college means a little bit more [referencing the earlier PDL meeting], so I am happy I got this one.”

“We have one of the best goalkeepers in the country,” Clark told TopDrawerSoccer.com. “He can keep us in some games . . . he is the best keeper I have ever worked with.”

Clark also reflected on the benefit of Richey getting starting minutes since he was a freshman.

“If you go and play, it makes a difference. He has become a special keeper. I mean Earl [Edwards] is a special keeper, but there is something to be said about game sharpness.”

Quietly, Richey has done the job for Washington these last few years, and that fits his personality.

He may have been the happiest Husky on the field on Monday, but he was hardly the loudest. With teammates jubilantly yelling, Richey, sitting on the grass in front of the team bench, gave a soft smile as he soaked in the moment and journey.