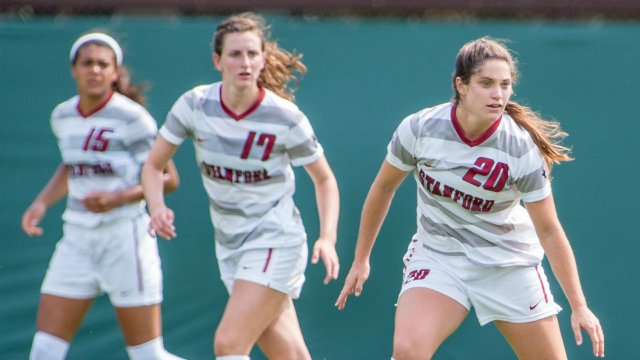 With the Under 20 Women's World Cup to throw a wrench into the upcoming Division I women's soccer campaign, Stanford is poised and primed to make a run at the 2016 national championship.

Florida State, which takes aim at a sixth straight College Cup appearance, checks in at No. 2. The Seminoles are buoyed by the defensive prowess of Kirsten Crowley and Cassie Miller in goal, while ACC Player of the Year Megan Connolly can provide brilliance in the final third.

The 2015 national runners up Duke follow its ACC foes in the No. 3 spot. With 10 of its 11 starters back in the fold, and a top five recruiting class heading to Durham, the Blue Devils are national title contenders.

After the drain on the team's roster, national champions Penn State check in at No. 4. The key senior trio of Raquel Rodriguez, Mallory Weber and Britt Eckerstrom are gone, while the Nitanny Lions are slated to lose five other starters to the U20 World Cup.

Round out the top five is West Virginia. Seniors Kadeisha Buchanan and Ashley Lawrence are two of college soccer's best, and should boost a talented group on a deep run in the upcoming season.

Check out the complete preseason Top 25.