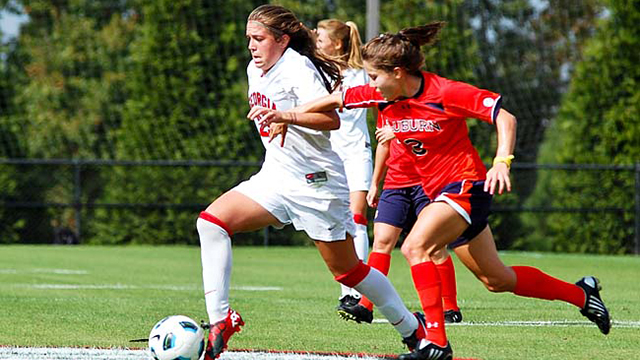 The shifting landscape of women’s professional soccer has created an interesting mix for a number of college soccer’s top players this summer. 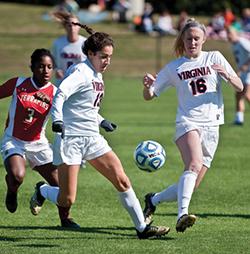 While many are heading off to the USL W-League for summer soccer, the crumbling of WPS has opened up opportunities within another league, as Women’s Premier Soccer League’s Elite Conference provides another option for collegiate stars, along with the rest of the WPSL.

But unlike years past, these opportunities will allow them to play alongside a number of the most familiar names in women’s college soccer in the United States.

Here’s a look at where fifteen college players will be heading this summer:

MF Holly King, D.C. United Women/Florida: The Florida midfielder is set to compete in the W-League with the MLS club’s namesake, not too far from her native Ashburn, Va.

GK Ashley Baker, Atlanta Silverbacks/Georgia: Baker’s summer doesn’t take her too far from Georgia’s campus, as she’ll be an integral part of the Silverbacks attempt at defending their 2011 W-League title.

MF Lindsay Elston, Seattle Sounders Women/Washington: Ahead of her junior year with the Huskies, Elston will get the chance to practice and lineup with Seattle’s big names from the Women’s National Team, before the likes of Hope Solo, Megan Rapinoe and Alex Morgan take off for the Olympics.

MF Vanessa DiBernardo, Chicago Red Stars*/Illinois: A member of the U.S. U20 Women’s National Team – and likely to be competing in Japan later this year – DiBernardo will play in the WPSL for the Red Stars as she prepares for her junior year with the Fighting Illini.

D Molly Menchel, D.C. United Women/Virginia: The left back for UVA is a likely starter for her W-League side as she looks to shut down the opposing right flank and stay sharp for another grueling ACC season.

MF Niki Sebo, Chicago Red Stars*/Northwestern: She’ll be one of the youngest players on the Red Stars’ roster, but Sebo proved her skill during her freshman year at Northwestern.

GK Emily Kruger, Western New York Flash*/California: The rising junior and Bears shot-stopper is heading cross country for the summer to play for the Flash.

F Becca Wann, Fredericksburg Impact/Richmond: The two-sport star – Wann is also a fixture on Richmond’s basketball team – won’t be too far from her collegiate home, competing just up north in Fredericksburg for the Impact.

MF Amber Brooks, New Jersey Wildcats/North Carolina: One of Carolina’s co-captains last fall, Brooks started every game she appeared in for the Tar Heels. The Pennsylvania native will play one state over in the W-League ahead of her senior year.

MF Vicki DiMartino, New England Mutiny*/Boston College: From a statistical perspective, 2011 was a down year for DiMartino, and she’ll get the chance to prepare for her final college year not too far from BC’s campus with the Mutiny.

MF Christine Nairn, ASA Chesapeake Charge*/Penn State: Nairn, entering her final season at Penn State in the fall, will sharpen her skills with the Charge in hopes of finishing her collegiate career on top.

MF Alexa Newfield, Atlanta Silverbacks/Georgia: A rising star with the Bulldogs, Newfield is set to rejoin the Silverbacks, who she won the championship with last year. Her availability this summer could be impacted by a knee injury that forced her to miss the spring season with Georgia.

F Sam Johnson, LA Strikers/USC: A senior in the fall, the U.S. youth international is aiming to help the Strikers recover from a down year in 2011.

F Lindsey Horan, Colorado Rush/North Carolina: Horan, a forward for the U.S. U20 WNT, is set to begin her college career this fall at North Carolina. In the meantime, she’ll compete with her club’s W-League side before heading east.