Last fall, the University of Nebraska Omaha made a splash into college soccer. The Mavs jumped into Division I with a newly established men’s soccer program under the guidance of head coach Jason Mims.

The season, expectedly, had its rough patches with the Mavs finishing the year at 1-11-0.

The dose of reality into how difficult it can be to start a program from the ground up really set in, but it has not deterred the Omaha staff from continuing to build a program for the Mavs.

This season, the Mavs take another step forward with their first year playing in the Summit League.

“I don’t think it will be different,” Mims told TopDrawerSoccer.com. “We can now compete for and win conference awards, which is a good thing for the guys.”

The coach added that with 15 players coming in this fall that it almost feels “like starting over, but with better talent.”

The competition in the Summit League is a bit of a tossup this season with a number of teams dealing with key losses. Western Illinois is anticipated to be the favorite heading into the year, but it is far from a sure thing.

The Leathernecks lost five starters from last year’s squad that went to the NCAA tournament. Head coach Dr. Eric Johnson is excited about the new players joining the program to fill the gaps, but it still could be a difficult transition year.

Look for Charlie Bales to lead the Western Illinois defense in 2012. The junior was the Summit League Defensive Player of the Year in 2011.

Simply put, this is a rebuilding year for IPFW. The top two scorers from last year’s squad graduated along with a handful of other seniors. Nine players were added to the roster for the fall, which makes this group one of the youngest in the league.

The Golden Eagles are another squad that will be searching for replacements among the scoring ranks with some key players graduating. To add more difficulty to the table, Oral Robert only plays one non-conference game at home.

Sophomore Jordan Rideout, who is a product of the Sporting Kansas City Academy, scored seven goals in his debut season on his way to Summit League Newcomer of the Year honors.

The Kangaroos will need Rideout to duplicate that success in his second season if they want to make a run in the Summit League. 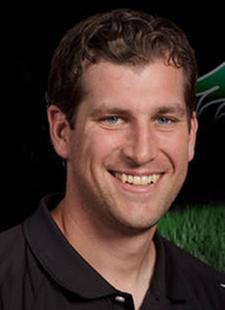 Only a year removed from an NCAA appearance, the Grizzlies continue to be the threat that lurks in the Summit League. While middling in the standings, Oakland has all the capability to turn it on come playoff time.

The Jaguars added 14 players to the roster for 2012. The gargantuan sized incoming class includes players from Nigeria and Colombia along with a few local products. Sophomore forward Sam Fuller is one to watch out for. Fuller scored four game-winning goals in his debut season.

Garet Christianson scored three goals in his first six collegiate games. Then, he was hit with a season-ending injury and took a medical redshirt season. If Christianson can return to full fitness by the start of the season, the Panthers could have a really strong run in 2012.

The Mavs were young last season, and they will be young this year.

“We have a bunch of new players coming in,” Mims said. “We have a majority of freshmen and sophomores starting.”

With no seniors on the roster, it could be another year for the Mavs to learn the ropes of college soccer.

Mims is targeting 2013 for the real push with this program, as his squad will be a bit more experienced by then.

This fall marks the first season for the Horizon League without Butler, who are off to the Atlantic 10 in a basketball-fueled move. The Indiana based program struggled a bit in 2011 but did have national recognition in the years before.

The absence of Butler, and no replacement in sight, raises questions about the league moving forward. However, there are a number of solid programs in this group with typically some MLS level talent sprinkled in.

Valpo was a very well rounded team in 2011 with a number of scoring threats and key contributors all over the field. Goalkeeper Kyle Zobeck grabbed the postseason accolades, but it was a collective effort that had Valpo at the top of the table at the end of the regular season.

The Raiders brought in a very good class for 2012, which includes a few players capable of contributing immediately. Those fresh faces will get a dose reality with the exhibition opener against Akron on August 17.

The Vikings return much of last season’s roster including the top three scorers. If head coach Ali Kazemaini can keep this group on the same page, Cleveland State could be the team to watch out for in the Horizon League.

Dan Popik is now the new head coach at Green Bay following the shuffle during the offseason, which was triggered by Milwaukee’s unexpected change to the staff. Popik inherits a team that is looking to replace its best player in Tony Walls.

There is always talent on the UIC Flames roster, but the consistency in results is typically lacking. For draft fans, Ivan Stanisavljevic is the name to watch after generating some buzz following a strong junior season.

The Ramblers had a small shakeup this week with the addition of former Marquette associate head coach Stan Anderson to the staff. Anderson, who is one of the top goalkeeper coaches in the nation, is expected to help improve a defense that let in 30 goals in 2011.

Kris Kelderman is the new man in charge in Milwaukee, and it is not going to be easy for the former D.C. United assistant coach. Crosstown rival Marquette is quickly ascending into the sphere of up-and-coming programs, while Milwaukee shakes off some of the blemishes left behind by the previous regime.

Kelderman does have a few pieces to build around including former UC Santa Barbara midfielder Robbie Boyd.

The Titans ended last season with losses in six of their last seven games, so head coach Nick Deren will be counting on some newcomers to improve the roster in 2012.

Junior college transfer David Edwardson is expected to immediately step into a spot in the center of the field for the Titans.