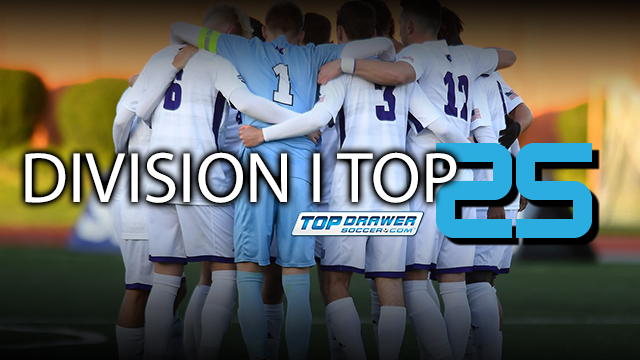 One week remains until the NCAA tournament brackets are released.

Conference tournaments kicked off for some leagues, as others wrap up the regular season this coming weekend.

One school with programs ranked in both the men's and women's Top 25 rankings, won conference regular season titles.

The High Point men's soccer program finished its regular season with a 5-1 win against UNC Asheville, securing the conference crown. Overall, their record sits at 10-1, with the lone loss of the season coming in a non-conference matchup with Liberty. The conference tournament begins on Wednesday.

Elsewhere in men's soccer, Oregon State defeated Stanford in a high-profile Pac-12 match. That means Saturday's Washington-Stanford matchup will decide the conference champion and automatic bid. Georgetown takes over as the No. 1 men's team, after the Hoyas wrapped up an unbeaten schedule and Clemson lost a tough ACC road match at Louisville by a 2-1 score.

Entering the Top 25 this week, the High Point women's program one-upped their male counterparts with a perfect 9-0 overall record, and 8-0 in the Big South. Sam Gerhart's 10 goals and four assists lead the way as the Panthers begin conference tournament action on Tuesday night.

There were notable results between Top 10 teams. TCU suffered a first loss of the 2020-21 season, falling by a 1-0 score against Texas A&M in College Station.