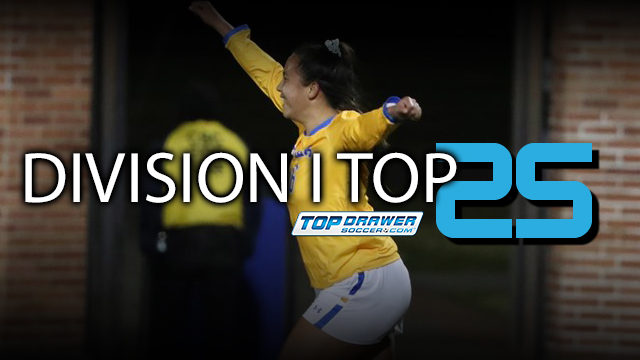 The latest Division I Top 25 rankings are out for men's and women's programs, with minimal changes once again.

Between winter weather around the United States and COVID-19 cancellations, the season's momentum is still slowly building. Big games around the country were postponed or canceled due to weather.

There was a marquee matchup between non-conference opponents on Friday night. UCLA defeated BYU by a 2-1 score in Westwood, with Sunshine Fontes' first college goal providing the winning margin. Pac-12 peers Washington State made it two wins from two games, defeating Eastern Washington by the score of 2-0.

On the men's side, No. 8 SMU won its second straight game to start the season, beating South Florida by a 7-0 score on the road. Duke became the first men's ACC program to get a game in this spring, drawing 0-0 against No. 19 Charlotte. No. 4 Stanford made a winning start to its spring campaign, beating Pacific 4-0. Also out west, No. 15 Loyola Marymount held off UCLA, grabbing the lone goal of the game in a 1-0 victory. Sitting at No. 22, Oregon State picked up two win over the past week, defeating Portland and Gonzaga.

The TDS Top 25 will be updated throughout the spring season, with the Big Ten men's and women's programs scheduled to kick off this coming weekend.