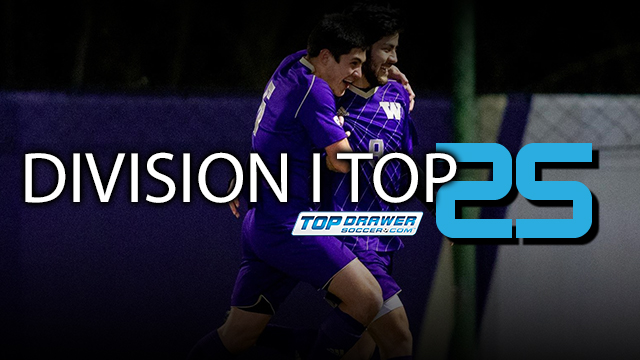 The latest TopDrawerSoccer Division I Top 25 rankings are out, highlighting the best squads seen in the men's and women's game during the 2020-21 season.

One of the impacts of the pandemic has been a diminished number of non-conference games. That in turn, limits the number of Top 25 matchups.

However, a Pac-12 battle on the men's side featured two Top 10 teams, with Washington hosting Stanford on Saturday. It led to what has become a typical matchup between the two conference powers: tight, defensive matchup and a one-goal difference. The host Huskies managed to win this round, moving into the No. 3 spot with a late 1-0 win against the Cardinal.

Clemson remains as the No. 1 team in the men's side, followed by Georgetown and UW.

A handful of upsets had their impact on the women's side of the rankings as well. California picked up a big 1-0 win against Stanford on Saturday night, boosting the Bears back up the rankings. Texas A&M suffered an upset at the hands of Rice earlier in the week as well. Another clash of top teams saw USC battle it out against UCLA on Thursday night to a 2-2 draw.

No. 2 North Carolina returned to action in a competitive match for the first time in the spring, easily handling Delaware by a 5-0 score.