TDS Division I Top 25 Rankings: May 3 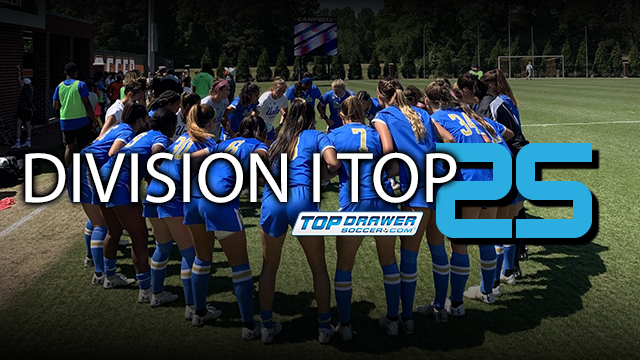 After a week off, the rankings update return.

The men's and women's Division I Top 25 both received refreshes after the first two rounds of the NCAA tournament, and will be updated weekly between now and the end of the tournament.

Both tournaments are in the third round with 16 teams left. The women's DI tournament continues on Wednesday, with eight third round matchups set between teams ranked. Florida State maintains the No. 1 ranking yet again, having defeated Wisconson-Milwaukee(w) in the second round.

The men's tournament continues on Thursday, after second-round action wrapped on Sunday. There were some close calls among the top seeds, including Indiana needing penalty kicks against St. Francis Brooklyn, and Clemson coming from behind to defeat Amercan(m) by a 2-1 score.

Rankings will be updated weekly as the tournament and 2020-2021 winds down this month.