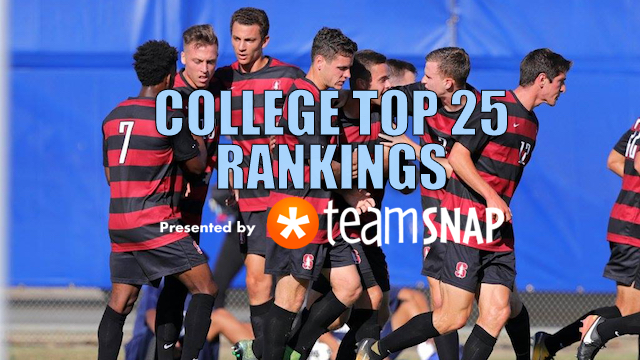 The first week of the men’s Division I season is in the books. There were a number of upsets along the way, which helped shake up the TopDrawerSoccer Top 25. The top teams in the college game remained the same with the favorites recording wins from the opening weekend.

No. 1 Stanford (1-0-0) recorded an impressive 4-0 win over San Jose State on opening night. The Cardinal return to action on Sept. 1 against Creighton.

No. 2 Maryland (1-0-0) went on the road and defeated Santa Clara in their lone game from opening weekend. The Terps claimed a 4-2 victory from the trip to the West Coast.

No. 3 Wake Forest (2-0-0) nabbed wins over Rutgers and Providence from the opening weekend. The Demon Deacons hit the road for game against Saint Louis on Sept. 2.