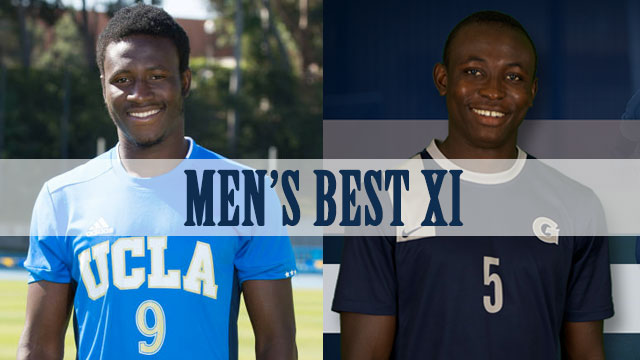 The men’s college soccer came to a close last week with the Virginia Cavaliers claiming yet another national championship.

The end of the campaign also marks the start of awards season with individual honors handed out. TopDrawerSoccer is unveiling the Best XI and players of the year on Monday, with the Top 100 players for freshman and upperclassmen to come on Tuesday.

This year’s award winners both hail from the Right to Dream Academy. Joshua Yaro, the star center back for Georgetown, is the 2014 TopDrawerSoccer Player of the Year after leading the Hoyas to an Elite Eight appearance. Yaro was a key figure in the success of the Big East program this fall.

Abu Danladi, UCLA’s sensational striker, is the 2014 TopDrawerSoccer Freshman of the Year. Danladi was one of the best forwards in all of college soccer in his debut campaign and helped the Bruins reach the championship game.

Below is a full look at the TopDrawerSoccer.com Best XI picks for freshmen and upperclassmen.