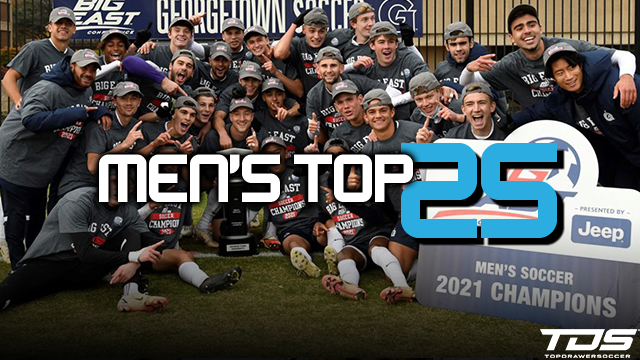 The 48-team field for the men's Division I NCAA tournament is set to be announced on Monday, November 15.

Regular seasons and conference tournaments wrapped over the weekend. Twenty-three teams know that they have secured their status in the tournament, while at-large sides remain hopeful.

Check out the latest Men's Division I Top 25 rankings.