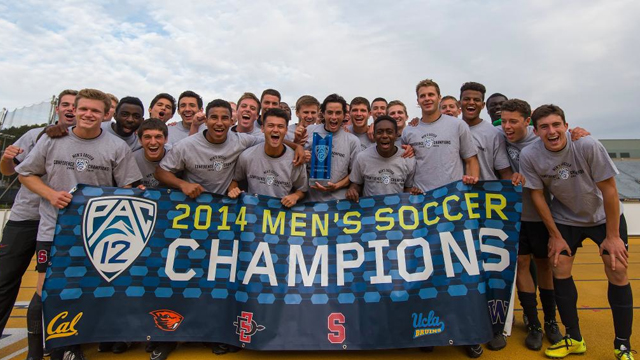 The conference tournaments provided plenty of opportunities for teams to climb up the TDS Top 25 heading into the NCAA Tournament. Those opportunities were realized as teams snagged conference crowns with meaningful wins in the final week of the season prior to the Big Dance.

Stanford kept hold of the top spot after defeating California on Sunday in double overtime and capturing the Pac-12 title. The Cardinal snagged the crown on the back of a game-winning goal from fifth-year senior Austin Meyer.

UCLA moved up to the No. 2 spot after a 2-1 win over San Diego State in Westwood on Sunday. The Bruins enjoyed the return of freshman sensation Abu Danladi to the lineup over the weekend. Danladi scored the game-winning goal.

Maryland jumps into No. 3 after pulling off the double in its first season in the Big Ten with a league and tournament title from the Terps. Maryland defeated Indiana 2-1 in the championship game on Sunday.

Notre Dame remains in the No. 4 spot after a 1-1 draw against Clemson in the ACC Semifinal last week. The Irish were defeated in penalty kicks in that game. Charlotte rounds out the top five this week.