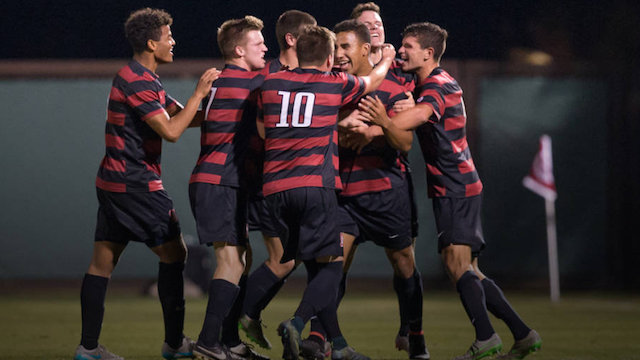 There are eight teams left in the hunt for the 2015 Division I National Championship. The Third Round games wrapped up on Sunday night with Stanford becoming the final team to join the Elite Eight with a 3-1 win over Ohio State.

The Third Round had a couple of upsets, but the biggest came from Georgetown where the Hoyas lost in penalty kicks to Boston College. The Hoyas, previously the No. 1 team, finished the season with a 16-2-3 record. Georgetown checks in at No. 9 this week.

Stanford takes over the top spot after booking a trip to the quarterfinals. Stanford faces a tough challenge in the Elite Eight with a game against No. 2 Wake Forest. The Demon Deacons earned a spot in the quarterfinals with a 1-0 win over Indiana.

Syracuse rounds out the top five. Cause knocked off Seattle in the Third Round on Sunday. Syracuse takes on Boston College in the Elite Eight. They are two of the four ACC programs to advance to the Elite Eight.