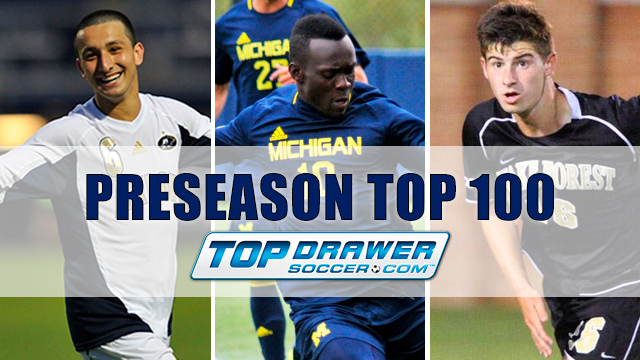 With the men’s Division I season coming up, TopDrawerSoccer unveils the preseason Top 100 player rankings. UCLA forward Abu Danladi checks in at No. 1 while Akron midfielder Adam Najem holds down the spot at No. 2. Arun Basuljevic, Grant Lillard, and Jackson Yueill round out the top five.

Most of the players from the top of the rankings of last season’s Top 100 have moved on from the college game, which opened the door for a number of new players to jump into the rankings this season. Programs from all over Division I contributed players to the list for this season, as the field is wide open for new talents to stand out from the crowd.

Check out the TopDrawerSoccer Preseason Top 100.