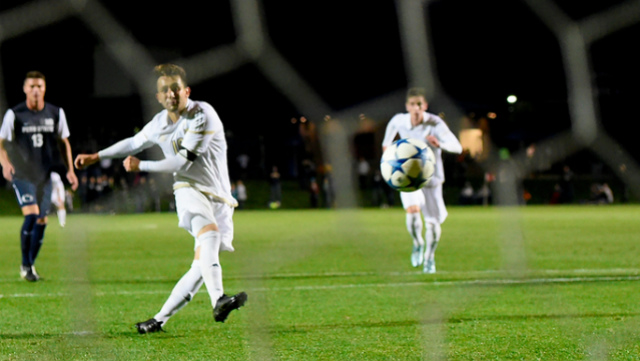 Akron is the first program with two TDS Players of the Week this season. The Zips relied on the heroics from star midfielder Adam Najem this week as he lead the squad to a pair of wins. Najem’s performances earned him the TDS National Player of the Week honor.

The rest of the TDS Team of the Week follows a similar path with many players checking in after scoring game-winning goals in important fixtures over the past week.

GK Eric Klenofsky, Monmouth - Klenofsky made seven saves against Iona College last week in Monmouth’s 1-0 win. The junior goalkeeper recorded another shutout with a two-save performance against Siena. Klenofsky ranks in the top 25 in the nation in saves and save percentage.

D Jalen Markey, Oregon State - Markey had two tremendous games for Oregon State over the past week, as the Beavers improved to 2-0 in conference play. The central defender shutout UCLA and San Diego State with his stellar play.

D Connor Davis, Wofford - The defender scored the game-winner for Wofford in a 3-2 result over ETSU last week. Davis headed home the final score of the game in double overtime to lift Wofford to a win in its opening game of conference play.

D Luke Read, Northern Illinois - Read scored the game-winner on the road against Eastern Illinois. He helped anchor a defense that shut out Bowling Green on Saturday as the Huskies improved to 6-2 on the season with the win.

M Joseph Swenson, Penn - Swenson scored twice on Saturday as Penn captured a 2-0 win over Cornell to kick off the start of Ivy League play. They were the first two goals of Swenson’s college career.

M Skyler Milne, Utah Valley University - Milne scored the game-winner on Friday in a 2-1 overtime victory against Air Force. He also had a goal and an assist on Sunday in a 3-0 win over UMKC.

M Raul Gonzalez, Memphis - Gonzalez scored a hat trick against UCA last week to lead Memphis to its first win of the season. He was a key piece of the team over the weekend that made it two wins in a row with a result against Connecticut.

M Vincent Mitchell, Butler - Mitchell scored twice in the past week and both goals ended up as game-winners. Mitchell’s first goal came against Evansville when he scored with 23 seconds left in the game. He followed that up with an early goal against Providence for his second game-winner. He leads the team with eight goals this season.

F Kyle Parker, Charlotte - Parker scored the lone goal in Charlotte’s 1-0 win over FIU last week. Parker scored on his only shot of the game to lead the 49ers to victory against the nationally ranked competition.

F Nick DePuy, UC Santa Barbara - The junior forward scored the game-winning goal in both of UCSB’s wins over the weekend. DePuy struck in the 12th minute against UC Irvine, which held up as the game-winner. He then scored twice against Cal State Northridge including one in overtime to snag the victory on the road. DePuy leads the team with 10 goals.