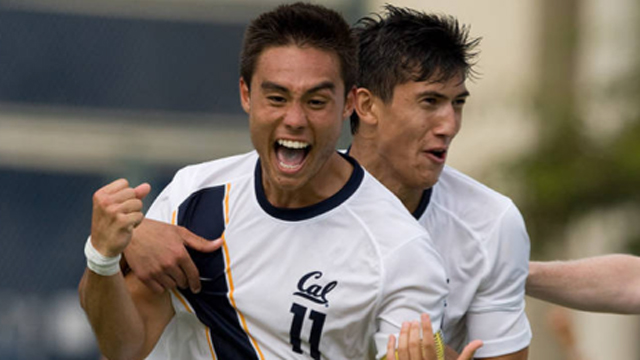 California survived a scare over the weekend in a 1-0 overtime victory over Santa Clara and kept hold of the top spot of the TDS Top 25 enter week six of the college season.

The Golden Bears join Connecticut as the only teams to repeat as the top team in back-to-back weeks this season. The schedule gets pretty difficult for the top ranked team this week with conference games against Oregon State and No. 4 Washington on Thursday and Sunday, respectively.

Moving up into the No. 2 spot is Notre Dame, which enjoyed a 3-1 win over Duke in the Atlantic Coast Conference play. The Irish remain undefeated on the season with a 4-0-3 record. The Irish also face a challenging schedule this week with a non-conference home title against Indiana on Wednesday, and then a ACC road battle with No. 18 Clemson on Saturday.

Creighton slips slightly down to No. 3 following a pair of draws against Michigan State and Georgetown. The Jays are in the midst of busy schedule against ranked opponents. The Big East squad faces No. 20 Saint Louis on Wednesday and then Xavier on Saturday.

Washington moves up one spot following a close overtime victory over SMU on Friday. The Huskies will need to be much sharper with conference play kicking off on Thursday against Stanford on the road.

Rounding out the top five is Louisville, which rattled off wins against SIUE and Temple over the weekend. The Cardinals were inconsistent to start the season, but the new players have adjusted to the collegiate game in recent fixtures. Head coach Ken Lolla looks like he has a squad ready to make some noise late in the season.

Wake Forest made the biggest jump of the week moving up from No. 24 to No. 15 following a win over VCU and a draw against No. 7 North Carolina.

Penn State, Butler, and Michigan State make the jump into the top 25 following good showings over the past week. Penn State topped Wisconsin 3-1 on Sunday in Big Ten play to improve to 6-2-1 on the season. Butler defeated Indiana and Villanova for wins six and seven on the year.

Beyond the impressive 2-2 draw at Creighton, Michigan State also claimed a 2-0 win over Northern Illinois.