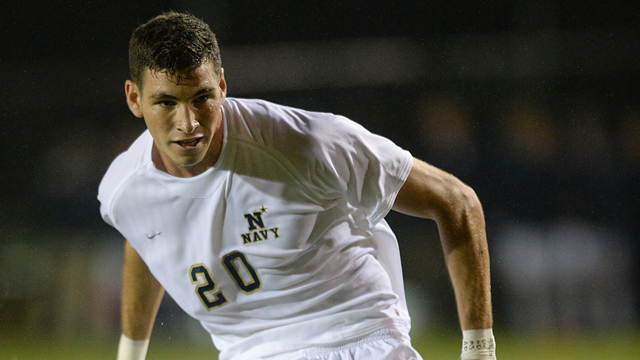 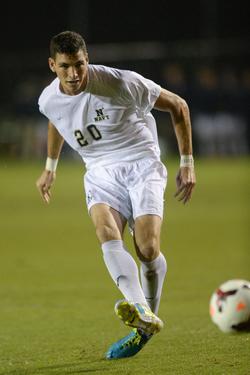 The individual honor went to Navy junior defender Joseph Greenspan, who is making his second appearance of the season on the Team of the Week. The Midshipman scored the game-winner in overtime against Army on Friday. The 1-0 win came in front of 7,416 fans at PPL Park – the home of the Philadelphia Union.

It was the eighth shutout of the season for Navy, which finished Patriot League regular season play with a 9-0-0 record - a remarkable game and season for Greenspan and Navy.

Check out who else joined Greenspan on the Team of the Week below.

GK Kendall McIntosh, Santa Clara – The Broncos man in goal made three saves on Friday in a 1-0 win over Saint Mary’s. He followed that up with a five-save performance against San Francisco in a 2-1 win, which sets up a huge game against LMU on Friday.

D Daniel Welsh, UC Santa Barbara – Under the bright lights and TV cameras, Welsh and the Gauchos had their best game of the season on Saturday in a 2-0 win over Cal Poly. The senior center back shut down Mackenzie Pridham, one of the top forwards in the country, for 90 minutes and helped the Gauchos cruise to their first undefeated conference campaign since 2003.

D Michael Harris, Washington – The senior defender had both assists in Washington’s thrilling 2-1 win over California. Harris played all 90 minutes in the 2-0 win over Stanford. The Washington defense held Stanford to only one shot on goal.

D Moss Jackson-Atogi, NC State – Jackson-Atogi had the assist on the game-winning goal for the Pack against North Carolina on Friday. The junior was also part of the defense that held the Tar Heels scoreless for 92 minutes.

D Joseph Greenspan, Navy – Greenspan scored the game-winning goal against Army to complete a perfect 9-0-0 season in conference play for Navy. It was the sixth goal of the season for Greenspan. He was also part of a defense that recorded its eighth shutout of the season.

M Mael Corboz, Rutgers – Corboz scored the game-winner in a 1-0 upset over Louisville that kept the season alive for the Scarlet Knights. Corboz’s goal came late in the clash, as Rutgers battled for 90 minutes against the talented squad that won the ACC regular season crown.

M Stiven Salinas, South Florida – Salinas kept the dream alive for the Bulls with a game-winner against Temple last week. It was Salinas’ third goal in the last four games. The Colombian has come on strong at the end of the season.

F Aodhan Quinn, Akron – Quinn scored both goals in Akron’s 2-1 win over Penn State last week. He was also a key piece of the Zips 2-1 win over Western Michigan over the weekend despite not putting his name on the score sheet.

F Ricky Garbanzo, Coastal Carolina – With four goals in two games, Garbanzo led the Chanticleers to a pair of wins over the past week. The junior forward struck twice in a 5-2 win over Campbell. He added two more in a 4-0 win over Longwood.

F Matt Wiesenfarth, UC Davis – The Aggies needed wins last week to help with their seed heading into the Big West Tournament, and it was Wiesenfarth who proved to be the difference maker. The junior forward scored in both games including netting the game-winner on Saturday against Sacramento State.