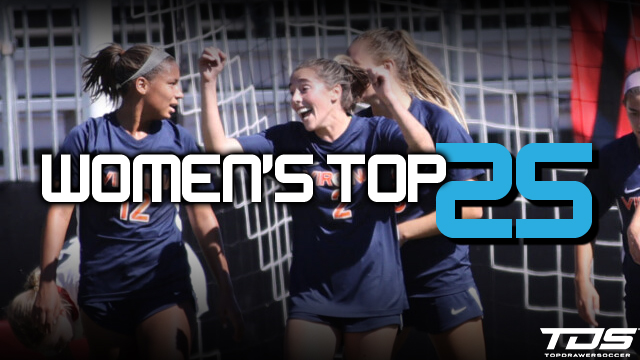 After slipping up in a non-conference game at home against Penn State, Virginia is back on course.

The Cavaliers defeated Duke by a 1-0 score last Thursday, and made it three wins from three ACC games, defeating NC State 2-1 on a last minute goal by Natalia Staude. UVA moves into the No. 2 spot, behind Florida State. With a 10-1 record, the Cavaliers have put together an impressive run so far, though have lost standout forward Rebecca Jarrett for the season.

Harvard moved up into the Top 10, as the Crimson's excellent season continued in a 3-0 Ivy League opening win against Penn. Princeton and Memphis also jumping into this week's rankings update.

Check out the latest Top 25 rankings.