The incoming freshman class of 2016 enters this season in a unique set of circumstances.

New talents might not get a smooth start to their collegiate playing careers because of the U20 and U17 women’s World Cups, as some of the top players across the country entering school will miss significant periods of time to compete at the international level. 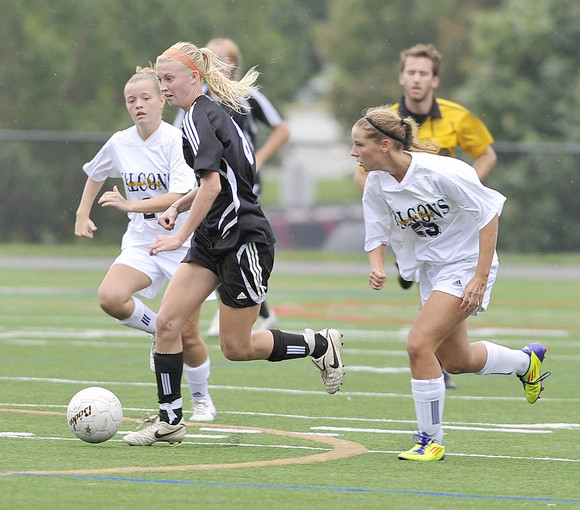 It is difficult for coaches to know just how big of an impact first-year players can have regardless, as A number of factors influence each player’s situation with regards to playing time and the talent around them. Add in missing a large chunk of the season and their influence will certainly vary across the board.

However, here are ten talents sure to make an impact:

An outstanding midfielder who is strong technically and very versatile, it’s that latter trait that will be a huge asset for the Terps, as she’ll be available to come in and contribute at any number of midfield spots.

The U.S. U18 midfielder won a slew of state accolades her senior year of high school, so it’s only fitting that she’ll remain there for her collegiate career.

Seven starters are returning for Virginia, and the addition of an explosive player like Doniak is going to help the program maintain its high level. The California native is on the fringe of the U20 WNT roster for the World Cup, and if she doesn’t make it, there’s little doubt Doniak will be one of the best newcomers in the college game this fall.

Her ability to change games with her speed and finishing ability is matched by few, and she’s going to be a handful for ACC defenses.

An outstanding center back, Naughton might not get a lot of playing time right off the bat on a very good Notre Dame team, but she certainly has the talent to come in and contribute to this high-level program from the offset if needed.

Her youth international experience and defensive ability at the back can provide insurance for any defense, and will surely benefit the Fighting Irish at some point this season.

There’s a new coach in Texas in Angela Kelly – would she dare turn over the starting spot in goal to newcomer Abby Smith?

It seems like a long shot, as Smith is in the running for a spot at the upcoming U20 Women’s World Cup, which will keep her from a significant chunk of the season. However, her inclusion in the squad and on this list is indicative of her talent, and if given the opportunity, she could very well seize hold of the starting GK spot in Austin.

One of the offensive cogs on her Ohio Elite ECNL squad, Falknor is departing for sunny Florida to continue her college career. Playing time could be available right from the start for Falknor, depending on how preseason goes, and she has the offensive ability to make a significant contribution in her first year.

One of the brightest female talents her age and beyond, Green is technically a member of the class of 2013, but completed her high school diploma a year early to jump start her collegiate career.

The star of the U.S. U17 Women’s National Team, Green will miss a significant portion of the season because of her involvement in the World Cup (September-October) so it’ll be up to her new head coach Anson Dorrance to decide how much of a chance she’ll get to make an impact this year.

Green is good enough that even in an abbreviated stint, she’ll likely see a good bit of action and will be a contender for national Freshman of the Year honors.

Three NSCAA All Americans graduated from the national champions, and while the team that remains is no slouch, the need for high-caliber replacements shifts the pressure onto players like Liedle to maintain a high standard.

However, one of the best players in this class, Liedle is more than capable of stepping in and contributing this upcoming fall if the Cardinal call upon her.

McKenzie Meehan proved over the past few years that she can score goals in bunches at the club level. For her ECNL side Scorpions SC, Meehan finished her finals season with 46 goals in 23 games. Can she now do it at the college level too

The move up to ACC competition is sure to provide a much bigger challenge, but if she can come anywhere close to that prolific strike rate her first season, she’ll only continue to see her star rise her freshman year.

A talented central midfielder who can win balls in the middle of the park and start the attack just as well, Weatherholt joins a Santa Clara program looking to make a deeper run in the NCAA Tournament this time around.

Weatherholt’s arrival on campus will help the Broncos deal with not having All-American midfielder Julie Johnston for the first month or so of the season. Johnston is likely to join the U20 WNT for the World Cup from August-September, possibly opening the door for early playing time for Weatherholt.

Landing a player of Meier’s caliber was a huge boost for Virginia Tech, who compiled a winning record but couldn’t climb high in the competitive ACC. Meier is a versatile player capable of playing as a center back or as a central midfielder, bringing quality to that part of the field.

She’s another player in this group on the bubble for the U20 Women’s World Cup team, which would certainly leave a void for Tech if she makes the team.