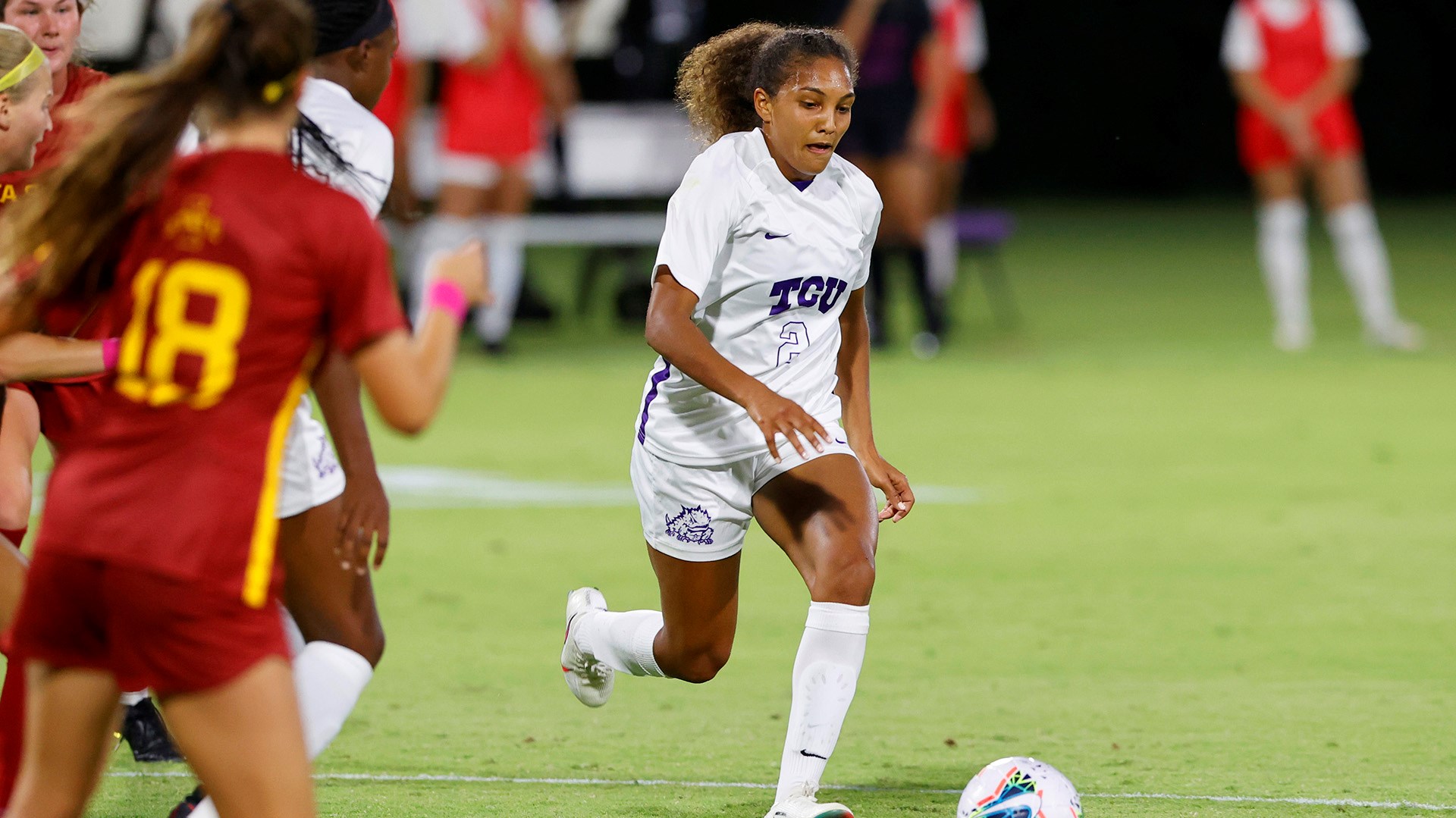 The small men’s and women’s Division I season continues this weekend, with conference action continuing in the Big 12, ACC, Sun Belt and SEC.

Don’t miss these five matches in men’s and women’s soccer.

Both teams are off to a winning start, and face a step up in competition. North Carolina snuffed out Duke enough last Friday to best them by a 2-0 score, getting goals from Matthew Constant and Santiago Herrera. Can they keep up with the high-powered Clemson attack? The Tigers spun off two games over the past week, and look primed to pick up where they left off in 2019 even without Robbie Robinson. Grayson Barber looks in a prime spot for another good season, while Kimarni Smith is getting himself into dangerous positions once again. Sophomore Mohamed Seye is another candidate to continue to inject quality into the final third as he showed last week. UNC is sure to setup to be tough to beat, but Clemson has the players to fire.

Early season Big 12 results have raised the stakes for this matchup in Stillwater, as both teams are off to unbeaten starts in the conference. Yazmeen Ryan’s unpinned the team’s offense, leading the team with a pair of goals in three games. But the team’s defense is the key at this point, yet to concede a goal ahead of a challenging stretch of games against Texas Tech and Kansas after this weekend. Goalkeeper Emily Alvarado has had a hand in the three shutouts and will look to shut down Oklahoma State. The hosts would have a perfect record had they found the back of the net last weekend against Baylor, but were still able to keep a zero to maintain an unbeaten start. Olyvia Dowell, Gabriella Coleman and Grace Yochum have chipped in to the attack and are among the candidates for the Horned Frogs to slow down.

A visit from the Mountaineers is a crucial juncture for the Red Raiders, which need a win to climb back into contention. They’ve yet to win and have scored just two goals, both coming last weekend in a 2-2 draw by midfielder Charlotte Teeter. Getting Kirsten Davis on the score sheet has to be a major focus, as she’s fired off 14 shots but yet to find the back of the net. Madison White was back in goal last week, and should unpin the team’s defensive effort this time around. West Virginia’s won three of four, as the lone blemish coming on the road at Oklahoma State. The team’s been prolific so far, scoring nine times in four games, with several players chipping in. Enzi Broussard’s ability to open up the game on or off the ball have been crucial, while Jordan Brewster anchors the defense.

With the number of games that have been canceled or postponed among ACC teams, it’s no shock that Virginia Tech’s first game of the season comes on Saturday. It marks the second game in a row where Pitt faces a team making a competitive debut, as they traveled to Syracuse and won 3-2 on Tuesday night. The Panthers haven’t really missed a beat without Edward Kizza, spinning off two wins buoyed by Veljko Petkovic, Alexander Dexter and Bertin Jacquesson. It’s hard to know what to expect from the Hokies, although with Kristofer Strickler leading the line, getting goals shouldn’t be an impossible ask. Expect to see goals in this one.

Two of the SEC’s pre-eminent sides square off in College Station, seeking to keep pace with front-runners Arkansas. The two programs have both had a game postponed due to positive tests for COVID-19. The Gators can give the Aggies trouble, whether it’s Deanne Rose or Cassidy Lindley causing problems. Through this point in the season, Addie McCain’s been providing the bulk of the Aggie attack, with Jimena Lopez limited to just a single assist through two games. There may not be much separating these two teams, creating high stakes in this one.