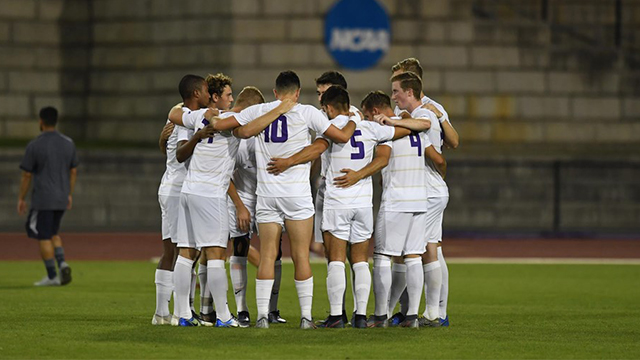 The men’s weekend slate is highlighted by a clash on national television on Friday night, as big games loom in the Big Ten, ACC and beyond.

The ACC season is coming down the stretch, and UNC’s trip to Winston-Salem is one of the highlights this weekend. Carolina has been up-and-down, boasting a deep and talented roster. But they have been inconsistent defensively, blowing leads against Duke and most recently, Syracuse. Alex Rose has provided some of the answers in front of goal with six tallies so far this season. Mauricio Pineda is one of the nation’s top players, and he’ll be able to cope with Bruno Lapa in the Wake Forest midfield. While the Demon Deacons aren’t flying quite as high going forward this season, the team’s been more about defensive stability. Seven of their 13 games have yielded shutouts, and this with the likes of Nico Benalcazar and Michael DeShields missing time with injuries. Scoring goals is always going to be their calling card, and they are sharing the load amongst Justin McMaster, Machop Chol, Lapa, Kyle Holcomb and Calvin Harris.

For the second time in six days, the Terps will be on national TV. After Monday’s 1-0 loss to Georgetown, Maryland is back at Ludwig to battle IU on Fox Sports 2. Injuries have left their mark on the defending champions, who will look to peg back the visiting Hoosiers. A win here for IU would take them a step closer to the Big Ten regular season crown. The program’s stellar recruiting class has combined to great effect with a handful of returning players to keep the Hoosiers among the national elite. Aidan Morris has arguably been the pick of the freshmen, and he can help IU control the midfield battle in this one. Maryland’s seen a consistent lineup take shape, but have been without the likes of attacking players such as Brayan Padilla and William James Herve to limit their effectiveness in the final third. Maryland can bring a lot of fight and scrap into this one, though they’ll need someone like David Kovacic or Malcolm Johnston to step up and provide a moment of magic to win it.

Similar to IU, Florida International can take control of their own conference chase with a win against the visiting 49ers. Neutralizing Teddy Chaouche is key, as the senior from France has been very influential this season. A big win against Kentucky last week put the Panthers in position to continue their perfect run in the Conference USA; three difference players have scored five times, as Andrew Booth, Alessandro Campoy and Caleb Franke offer FIU a plethora of options in attack.

No matter what Creighton’s record is, going to Omaha is no easy task. And for as good as the Red Storm have been this season, Saturday’s game could be a turning point in the Big East race. St. John’s have shown to be a quality side, difficult to break down and two quality goalkeepers in Luka Gavran and Jan Hoffelner that split time in goal evenly. Brandon Knapp and Matt Chandler lock things down in the spine. The Bluejays have battled through injuries and are badly in need of a win against the No. 2 ranked team in the RPI. Younes Boudadi’s versatility and quality at the back have been notable, while Luke Haakenson leads the team with four goals. Creighton needs a big-time performance in order to come away with the points here.

It’s a Saturday showdown at the summit of the CAA in Harrisonburg, as UNCW and James Madison battle it out for first place in the standings. Manuel Ferriol’s sensational season has spurred the Dukes on, showing that last year’s success was no fluke. While JMU was unable to come away from Tuesday night’s trip to Charlottesville with anything, but that tough challenge should be significant preparation in this one. Phillip Goodrum leads the line for UNCW, which hasn’t conceded a goal in three straight games and are unbeaten in their last four games. There are RPI factors to consider here as well, as the Seahawks have a lot of ground to cover if they are to compete for an at-large bid.