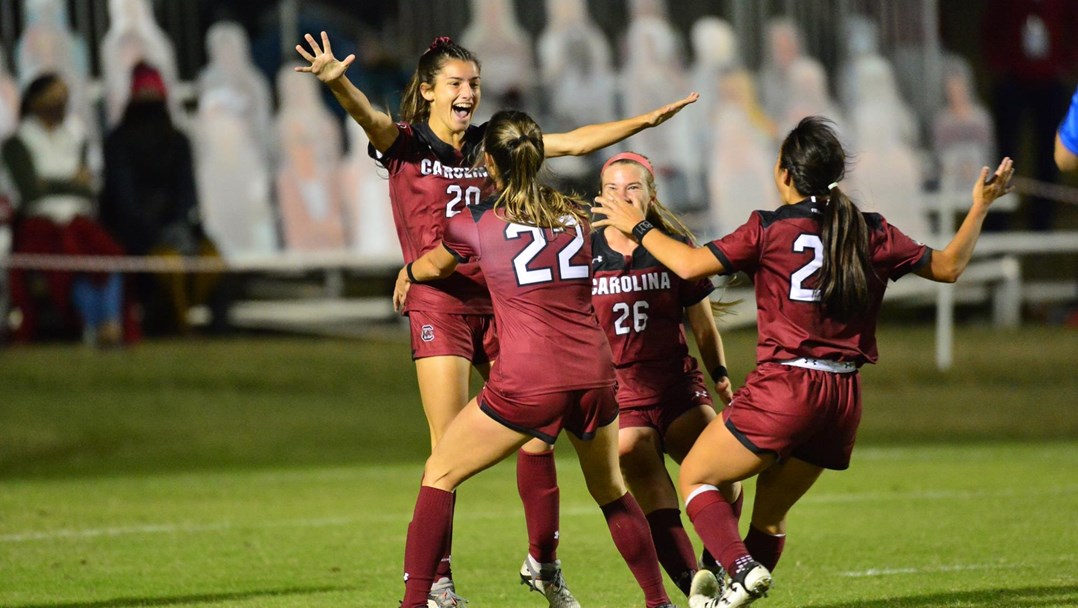 The short college soccer fall season draws closer towards the end with another weekend of action. Don’t miss these five matches in DI men’s and women’s soccer.

Can Louisville play spoilers at home against a Pitt team that’s rolling? The Cardinals need the points here to climb up the standings in the ACC. That’s not an impossibility, as they showed pluck in their last outing with a comeback against Syracuse to get a point. But getting the full points will need a big game from Pedro Fonseca, as Louisville still tweaks its attack. Despite the loss of Edward Kizza, Pitt is humming right along with its attack, buoyed by midfielders Veljko Petkovic, Valentin Noel and Bertin Jacquesson.

While the context of the ACC women’s race for the fall won’t be impacted here, as this matchup is designated a non-conference game, Duke will be pushing for a result in this one for bragging rights. North Carolina has mowed down six straight opponents, and will loath to fall to their rivals in this one. Sophie Jones will be critical to Duke’s hopes of picking apart UNC’s defense, although that will be no easy task. Marykate McGuire needs to have a big performance against Maycee Bell if Duke’s to come away with the win here.

Two SEC sides in need of wins square off in Knoxville, kicking off a trio of tricky matchups for Tennessee. After hosting the Aggies, they close out the regular season against Florida and South Carolina. Jaida Thomas and Mackenzie George will look to fire Volunteers, while Lindsey Romig provides a quality presence in goal. Freshman Barbara Olivieri’s been trending up in the final third for Texas A&M, and she’ll look to make it three games in a row with a goal.

When these two programs face each other in South Bend, both will look to keep pace with Pittsburgh in the ACC North region. Jack Lynn’s scoring touch has been key again for the Irish, which are tough to beat but aren’t high-flying in the attack. A low-scoring defensive affair could be on the cards depending on how the Cavaliers retool in the wake of last weekend’s wild 3-2 affair against Pittsburgh. Senior goalkeeper Colin Shutler provides experience and leadership at the back, while Nate Crofts can inject danger into the offense. A 0-0 draw or perhaps one-goal game seems likely.

Even after a season-opening loss against Georgia, South Carolina has spun off four straight wins and can continue to cement their spot at the top of the SEC in this matchup. A strong spine is a big reason for the early achievements; Heather Hinz has been a solid replacement in goal, while Anna Patten and Jylissa Harris are complimented through the middle by a strong freshman shift from Catherine Barry. This trip is the third straight tricky game for Florida, and a win would be a shot in the arm after two straight losses. Besting South Carolina’s stingy defense will be crucial, while shoring up their only back line.