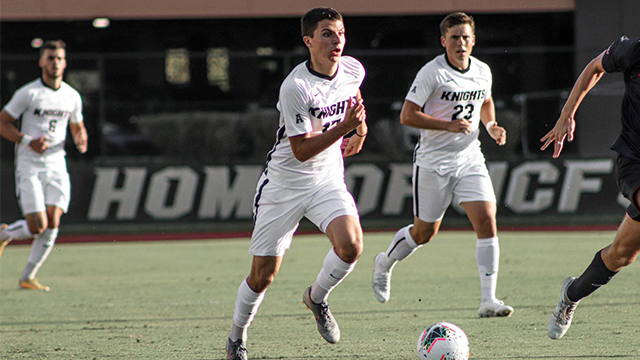 A rivalry game in the ACC and some key matches in the Big East and AAC are on the docket this weekend.

The clash of the Commonwealth sides doesn’t really carry postseason implications. Both UVA and Tech are sitting within the Top 10 in the RPI. A win for the Hokies at home is something the program is going to be hungry for, despite the fact that an ACC Coastal crown is out of reach and an at-large bid safe. It should be an interesting matchup on paper, given Virginia Tech’s attacking proficiency and the defensive prowess of the Cavaliers. The goal-scoring threat offered by Kristofer Strickler and how it stacks up against Daryl Dike could prove to be the difference.

A late season swoon has taken the Blue Devils from a relatively safe position for an at-large bid to a .500 record and in danger of missing out on the NCAA tournament. That makes this match essentially a must-win on the road against a Pitt team coming off a 2-0 win against Virginia in Charlottesville. The Blue Devils have shown the defensive pluck to bring a team like NC State to a half, but beating Pitt is going to take a tremendous effort. Edward Kizza and Veljko Petkovic have created the most danger, combining for 13 goals and nine assists. On the other side, if Duke is going to get the result, Daniele Proch has been far and away the team’s best attacking player.

On the back of a big, mid-week win on the road at St. John’s, Georgetown now its in the driver’s seat for the Big East regular season title. Just a point ahead of the Red Storm, the combination of those stakes and Marquette’s need for a marquee win should make this a compelling match. It’s going to be difficult, as the Hoyas are clicking, winners of five straight games and seven without loss. Jacob Montes continues to assert himself in a central attacking role, leading the team with seven goals. Defensively, the group is tough to break down, with freshman Daniel Wu slotting in at the back, and goalkeepers Giannis Nikolidis and Tomas Romero alternating starts. If Marquette is to be the first team to get a result on the Hilltop, Luka Prpa is someone that will need to step up and deliver. Josh Coan’s scored some big goals, but it’s going to be a big task. But a win against Georgetown, ranked No. 1 in the RPI, would do wonders for Marquette’s shot at an at-large bid.

Another huge game for a team on the at-large bubble a win for South Florida in the War on I-4 would be a massive, massive boost. Defeating UCF starts with shackling forward Cal Jennings, who continues to bang in the goals, sitting on 11 this season. Obviously, the Knights are far more than a one player team, whether it’s Louis Perez or Yoni Sorokin ticking things over, and freshmen Gino Vivi and Glademir Mendoza excelling in supporting roles. The Bulls are a young group, whether it’s key sophomores such as Javain Brown and Marcus Murphy leading the team in minutes along with freshman Salvatore Mazzaferro.

Can Penn throw open the Ivy League race? Or will Yale run away with it? With four teams tied with a 1-1-1 record, and Dartmouth in second place with a 2-1 mark, a win here for the Quakers would keep the Bulldogs in check. Easier said than done of course, as Yale continues to take a big step forward in the current season. Mark Winhoffer’s excelled as a junior, scoring four goals and adding nine assists. Spanish senior Miguel Yuste leads the team in scoring. That pair is going to be a handful, while Paolo Carrols remains a threat. Scoring goals has proved to be troublesome for Penn. Joseph Bhangdia leads the team with six, but that’s more than half the team’s entire output of 11. A high-scoring affair favors the visitors, so it’s going to be up to the Quakers to limit chances and look to grab a goal to pull off the upset.