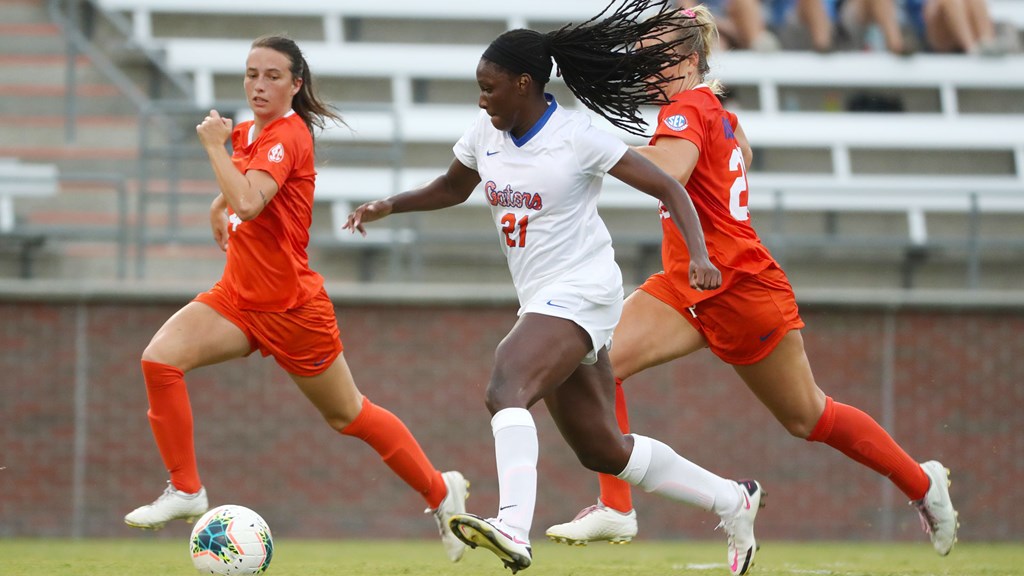 While the Division I fall schedule is extremely light, there are still games to watch in both men’s and women’s soccer.

Below are some of the top matches to watch this weekend in men’s and women’s college soccer (all kick off times list EST).

The men’s ACC season hasn’t quite kicked off yet, and this meeting on Friday night is technically a non-conference clash. Wake’s been tested by the visit of Pittsburgh, holding them off by a 3-2 score in an exhibition match. The Panthers turned around and beat the Cardinals by a 5-0 score, so it suggests that there could be plenty of goals on offer when these two teams square off. Lamine Conte will look to lead the Cardinals’ defense against an attack that should feature tricky forwards like Calvin Harris and Machop Chol.

The Mountaineers hit the road in a Big-12 clash against a Cowgirl team that is out to a fast start. Interestingly enough, both teams have played the same opponents: Kansas State and Iowa State. Grace Yochum picked up where she’s left off from the 2019 season she got hurt, accounting for both game-winning goals. After getting knocked off from the top of the conference, West Virginia is looking to return to the summit in the truncated season. Enzi Broussard is off to a fine start, grabbing a brace against Kansas State. Her ability to open things up for the WVU attack is crucial, and will be important in this one if the Mountaineers come away with the points.

A positive COVID-19 test scrubbed the first game for the Gators, who are now slated to begin their 2020 season at home against the Bulldogs. It was a massive win for Georgia over last weekend, beating South Carolina for the first time in six years. Deanne Rose and Parker Roberts have the quality to give the Gators the ability to win in not just this match, but the 2020 season as well. Incoming transfer Ansley Frazier can be a creative difference maker. It’s going to take another strong effort from the Bulldogs to pick up a second straight win.

Both sides will look to not concede early goals and dig a hole as they did last weekend; Vanderbilt conceded twice before coming back, while the Volunteers conceded three times against an Alabama team and weren’t able to come back. Slowing down Haley Hopkins is priority one for Tennessee, as the Vanderbilt senior jump-started VU’s comeback against Kentucky in their opener. Goalkeeper Lindsey Romig, along with newcomers Brooke Wilson and Hannah Tillett need to step up in a big way to give Tennessee a firm chance of winning.

The Tar Heel state rivals square off in Durham, with UNC the favorites to spin off their third win in a row. Rachel Jones and Brianna Pinto have emerged as linchpins in the spine, and Emily Fox has been in the starting lineup in both games so far after tearing her ACL at the end of 2019 (although she hasn’t played more than 45 minutes. A clearer picture of this team should come into focus on the other side of this one. North Carolina’s been a bit ropey at times but earned two wins from two, while Duke is coming off back-to-back ties, including a somewhat fortunate 1-1 draw against UVA – the Cavaliers had what appeared to be a goal cleared off the line. A stout defensive effort is going to be the foundation for Duke to come away with a win, but they’ll need someone to step up in the final third after scoring once in the past two games.